At the heart of it, there seems to be an indelible meditation on isolation in the work of Janaki Subramaniam, Piece after piece takes us through weathered but beautiful landscapes, a bent head, standalone relics from a different time- or an empty street with abundant light giving way to darkness.

“There’s probably not a single day when I don’t take a picture”, says Janaki, who has been practicing photography for many years, and posting her work on Instagram (@thetravolver) for the last 7 years.

Now, nearly 50,000 followers later, Janaki still asserts that it never started out that way. “It was just a thing I loved to do and was passionate about. It helps me stay in control. I remember when I was in Raebareli to complete my pilot training, it actually helped me deal with being in this village on the outskirts of Lucknow because I could just go out with my camera and shoot. That’s also when I realized that I liked this film touch to all these old monuments and nature.”

Along with photography, Janaki’s other passion is flying, and she was recently accepted by Indigo Airlines as one of their pilots. 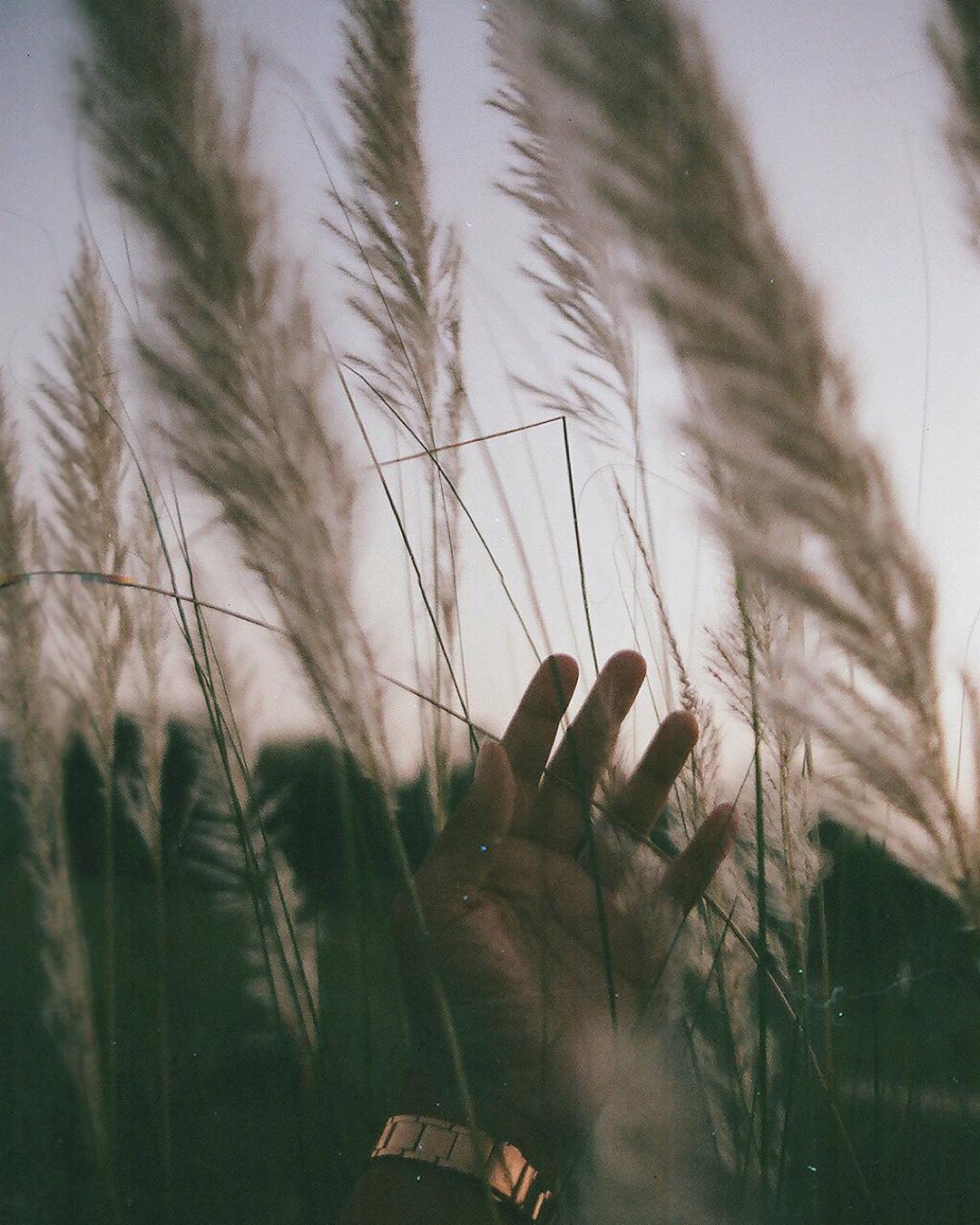 The importance of relative isolation to refine the lens of the artist has been asserted repeatedly by many practitioners. Ingmar Bergman, in his art, famously made sure to include periods of isolation devoted only to work even as his personal life ran havoc with eight marriages. And for Janaki, isolation seems to have led her to cross a milestone in her artistic process- to realizing the difference in the effect and effect of film photography and photography on her phone.

When we ask her about her process,  she speaks of her many photo-walks through the different places she has to travel to due to her work as a pilot. Currently, in Madrid, she shot another beautiful picture of one of Madrid’s most famous streets, the Plaza Mayor, capturing a crowd in a blurred transformation through iPhone’s long exposure technique- which also occurred in a  moment where she was craving isolation. 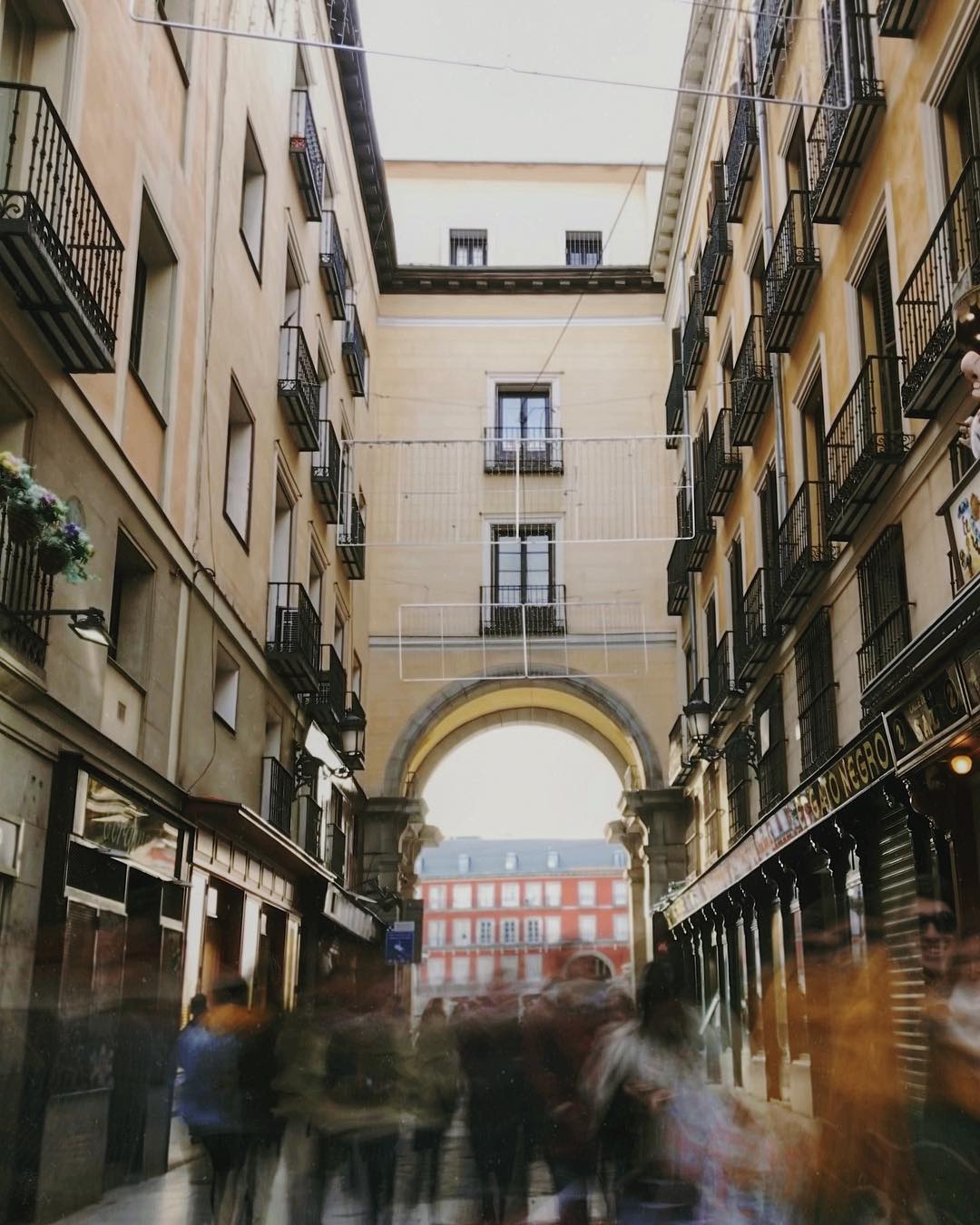 Janaki is one of the few photographers who works with her iPhone as well as her film camera. On noticing her latest long exposure images, we inquire further into what she considers the difference between iPhone photography and film photography. “Regardless of what equipment one uses, honestly, I think what remains common is the artistic perspective. The artistic process is very sacred to me, regardless of what equipment I’m using .”

This may be true- Janaki’s photography, while moving between the two mediums, also has within it an active introspection and self-awareness. This makes one question further what leads to developing the artistic perspective, and maybe what makes her emphasize the importance of isolated photo walks. ” I don’t really like crowded photo walks with 200 people clicking pictures of the same thing. I think it’s important to be alone and explore the place for yourself. Not to say it isn’t good though, it just doesn’t work for me.”

These photo-walks are not always with the intention of taking pictures, but they may just lead to it, says Janaki, in some sense, insinuating that there is something about the isolation that may lead to the spurring of the creative process. 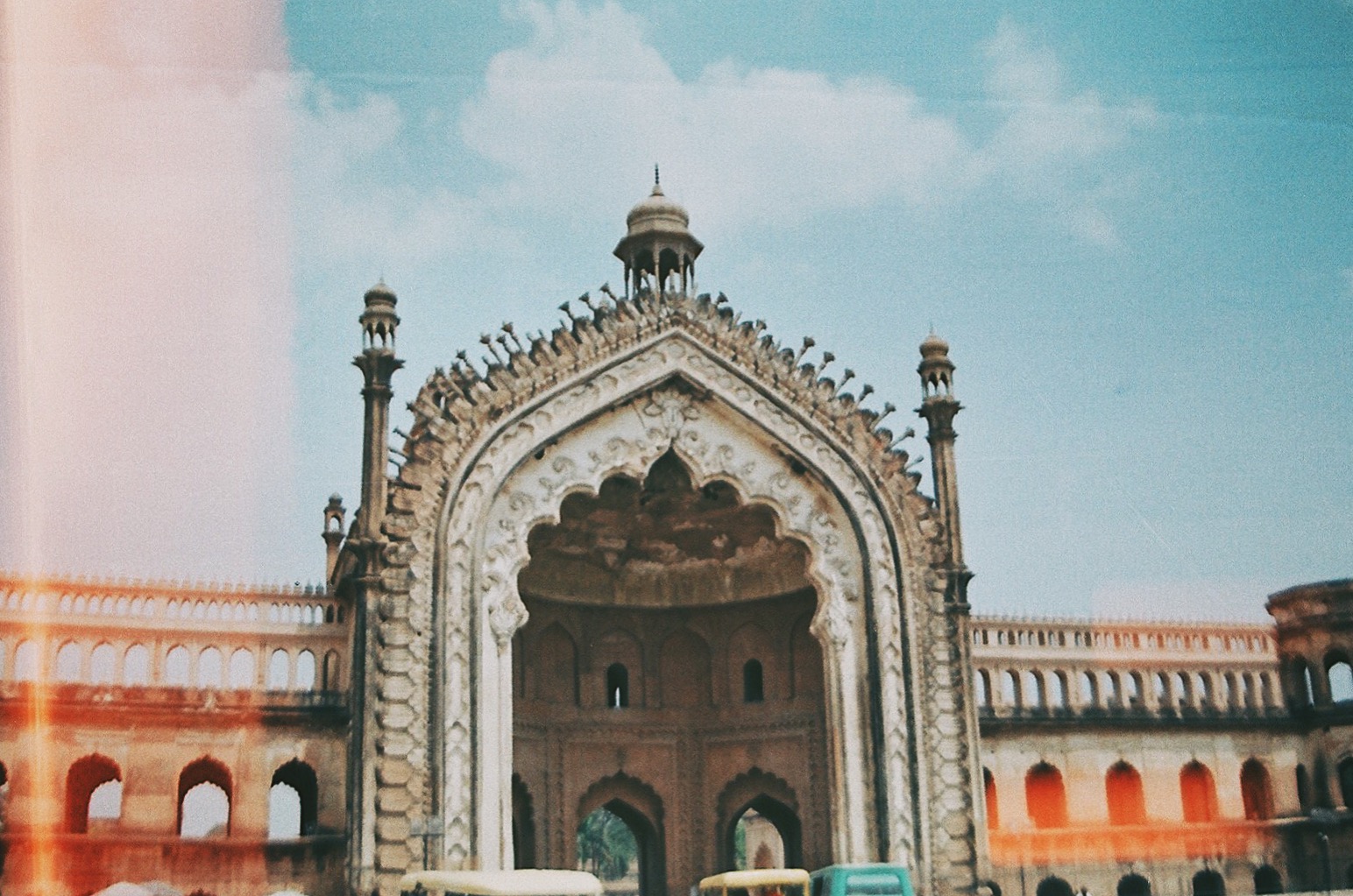 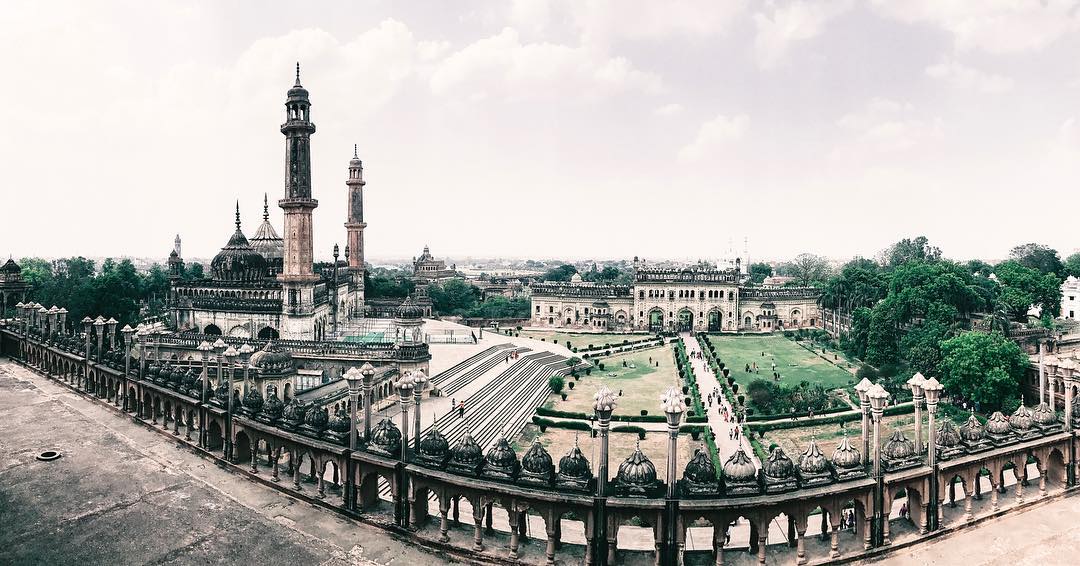 What appears to be central is this mediated soaking in the moments of silence and isolation and being open to the possibilities it lends you. When we ask Janaki about how her relationship with the spaces she visits changes after she has spent long periods of critical concentration in capturing, framing and aligning them in pictures, she says, ” The places changes for me entirely. Now if I go back to Lucknow, I know what I like there, I know what’s beautiful, the frame. The history and architecture change for me now. I believe it’s very important to add your touch to things.”

“When I fly, or when I am taking pictures- both of those things require me to have a very certain kind of focus. And I think that’s why when I’m doing one, I get better at the other. “

The act of isolation and the centralization of focus, while crossing over into all fields, seems central to also dealing with the discipline. This brings us back to the example of Ingmar Bergman, who in his last days, was known to work all day, walk and reduce all activities to their minimal time possible- such as eating.

What one must not forget is that central to this concentration is the idea of discipline in practicing one’s art, which Janaki’s stunning momentum of over 7 years (beginning in 2011-2012) reflects most decidedly. 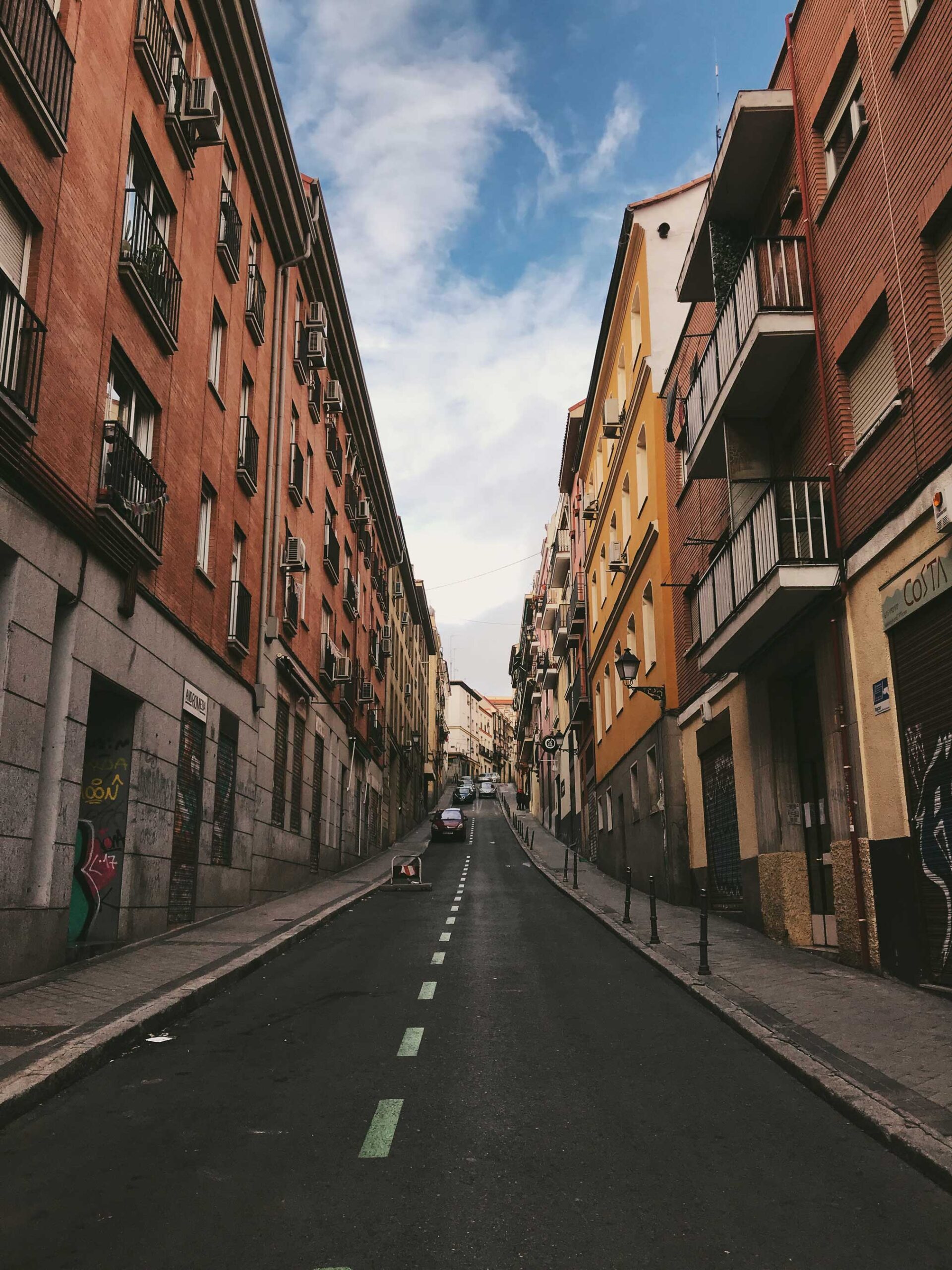 All photos by Janaki Subramaniam. 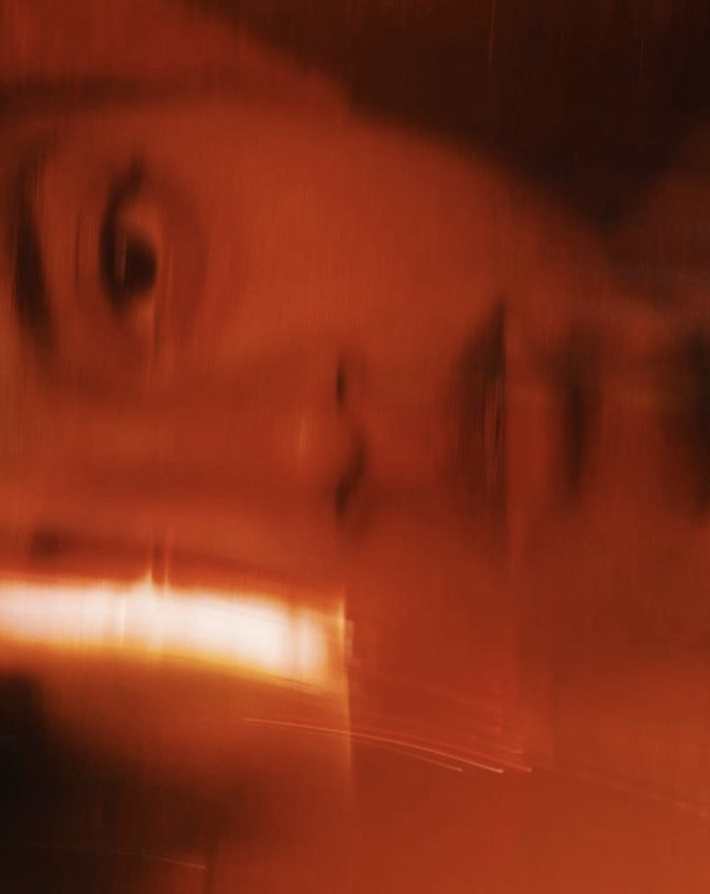 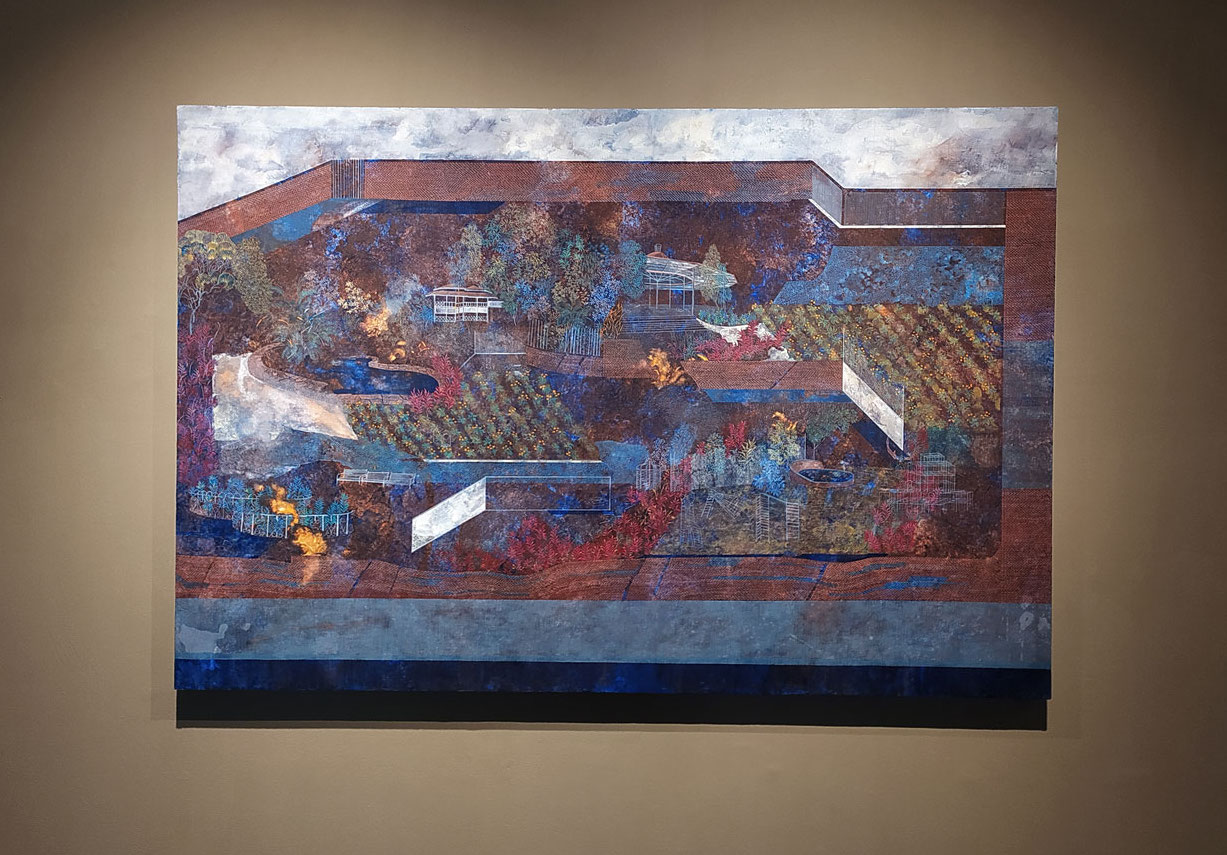