“I have dealt with too many people who expect free work because they represent big, well-known companies.”- Damini Gupta

Damini Gupta is a 23-year-old, self-taught graphic designer and illustrator currently based out of New Delhi. She grew up in Shimla, until she was 17, after which she moved to Delhi for College.

Damini mentioned that art has always been a huge part of her life. She comes from a family of artists and creatives and has been naturally drawn to it.

Her work ranges from traditional to digital work and from dark, satirical ink pieces to bright, happy gouache paintings and just about everything in between.

She added “I’m using this time to explore and experiment with art, and it reflects in my work. It’s pretty much all over the place. I’m only starting out, so as I learn and grow, my art evolves with me.”

Our conversation with Damini will tell you about her interests, her journey as an artist, and her processes.

What got you started as a designer in the first place? What’s your favorite art form? For how long have you been designing, creating art?

From a young age, art just called to me. My mum is an artist too, so every day, I would walk home from school and be welcomed with the overwhelming smell of turpentine and a huge canvas sitting in the guest room. I painted on and off through school, never really taking it seriously, and finally decided to do a ‘safe’ degree instead – History at St. Stephen’s College. Nothing pushed me towards art as much as my new found contempt for dry, dull history readings. I would try my best to be interested in the topics we studied, but something just never clicked. I ended up making posters for college plays (using wildly inefficient online softwares) and putting more effort into that than I did into any tutorial. I had no idea what I was going to do after college or how. The only thing I knew for sure was that if I didn’t try doing art now, I’d regret it. (and that I definitely did NOT want to do law).

Finally, I graduated from Stephens in 2016 with a renewed love for art and a history degree I’ll probably never use. I went on to do the production design for a web series called ‘Baked’ and then took a gap year, where I taught myself all the necessary softwares through YouTube tutorials, practiced my art basics, and ate a lot of instant noodles. I eventually worked at a graphic design firm for nearly a year before quitting to pursue illustration full time. Now, I get to work from home, doing what I’ve always loved, all while wearing pyjamas – so I can’t say I have any regrets.
I don’t think I have a favorite art form since I love experimenting with art, but my comfort definitely lies in darker, slightly surrealist traditional pieces. Like I said, as I change and explore myself, it reflects in my art. It mirrors my moods, my fears, my emotions and my opinions, which is why I don’t think it’s fair to be bound down to a particular ‘style’ (even though it may look more consistent on your Instagram feed). That being said, I think there’s an innate quality in every artist’s work which makes them unique, something which comes through without trying to be ‘different’. 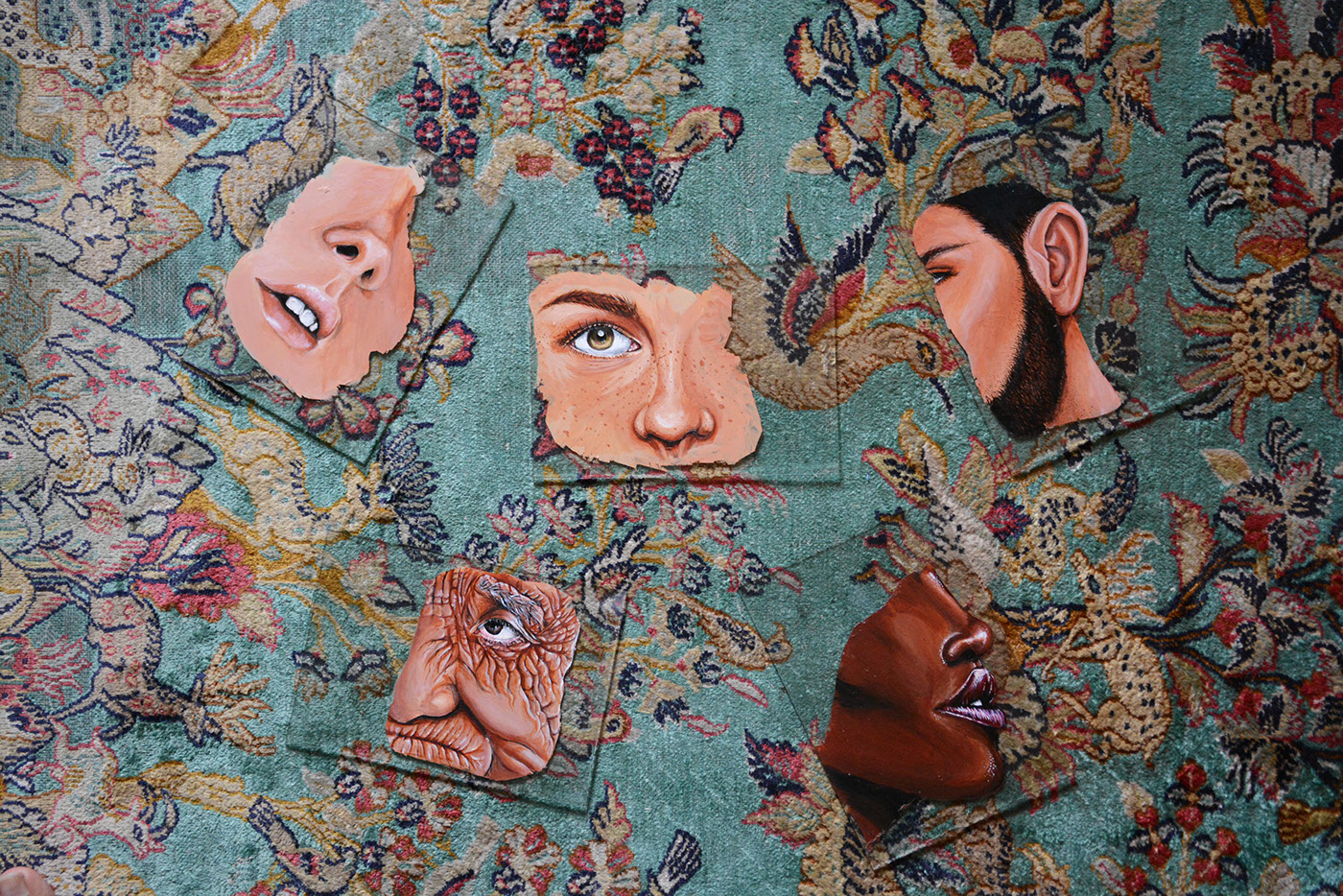 When I first started working as a designer professionally, I remember feeling extremely let down and under confident. I was essentially a complete noob in the industry while other people my age had massive portfolios and impressive skill sets. I even remember having to google what a vector was at some point. It was pretty pathetic.
At times like those, art was the only thing that could pull me out of that rut. It kept me sane and gave me some sense of order and control over my life when nothing else was working out.
From conceptualizing to creating final art pieces, what goes behind the scenes? Can you describe what’s your process like?
Besides about twelve cups of tea, my process usually involves a ton of research (or as much as I can manage in the time I have), and a bunch of rough thumbnails and concept sketches before anything tangible comes together. I’ve learnt that having a clear idea, concept and method is super important and can save a lot of time for professional projects, especially if you’re as much of a scatterbrain as I am. I usually spend at least a few hours researching, looking at inspiration and creating mood boards before I shut off the screens and put my thoughts together. The creating part is usually a mixture of following the method I’ve decided on, intuition and absolute chaos. Finally, if I like the outcome, I’ll send it out before I get a chance to change my mind or overwork it. 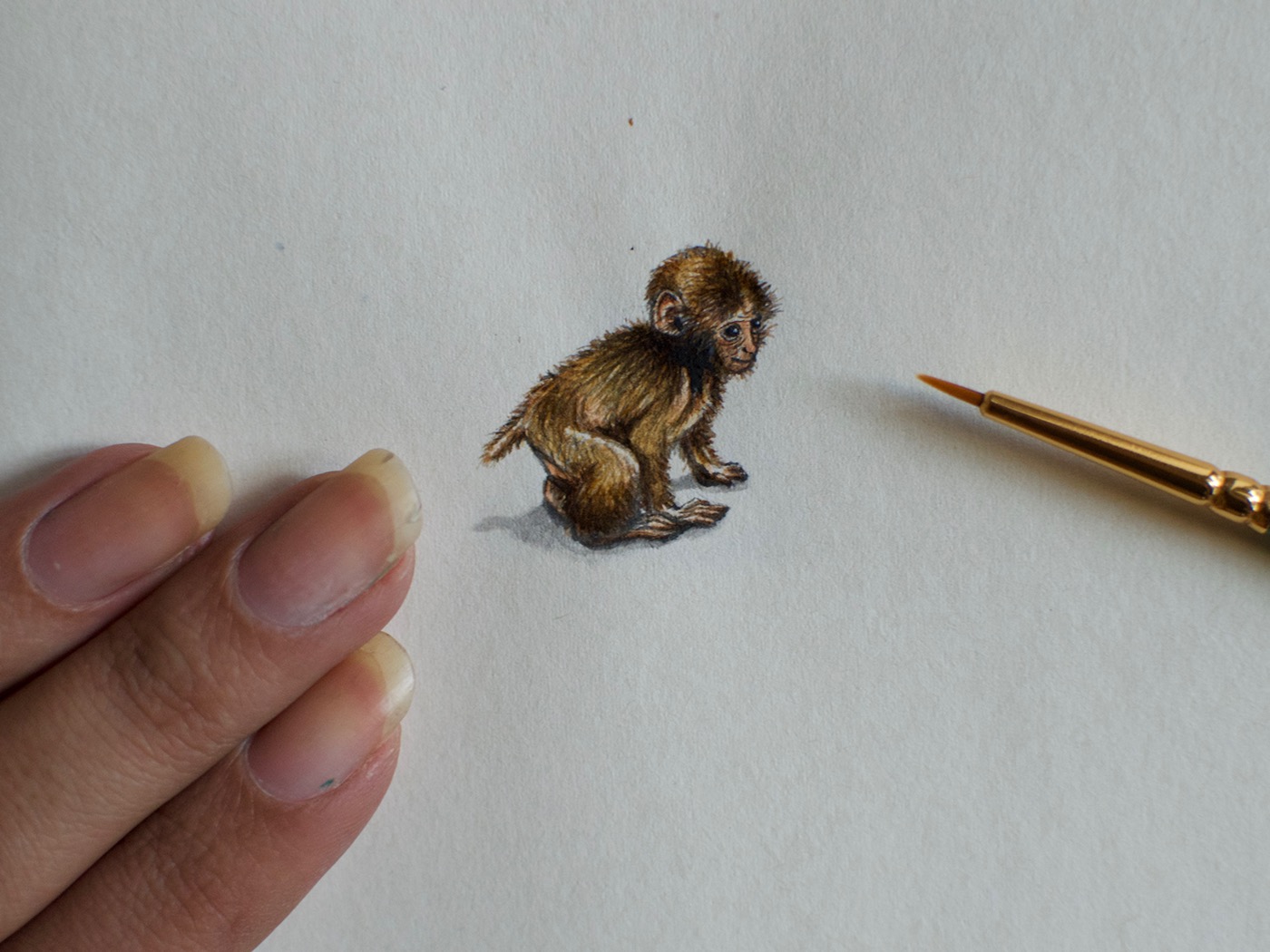 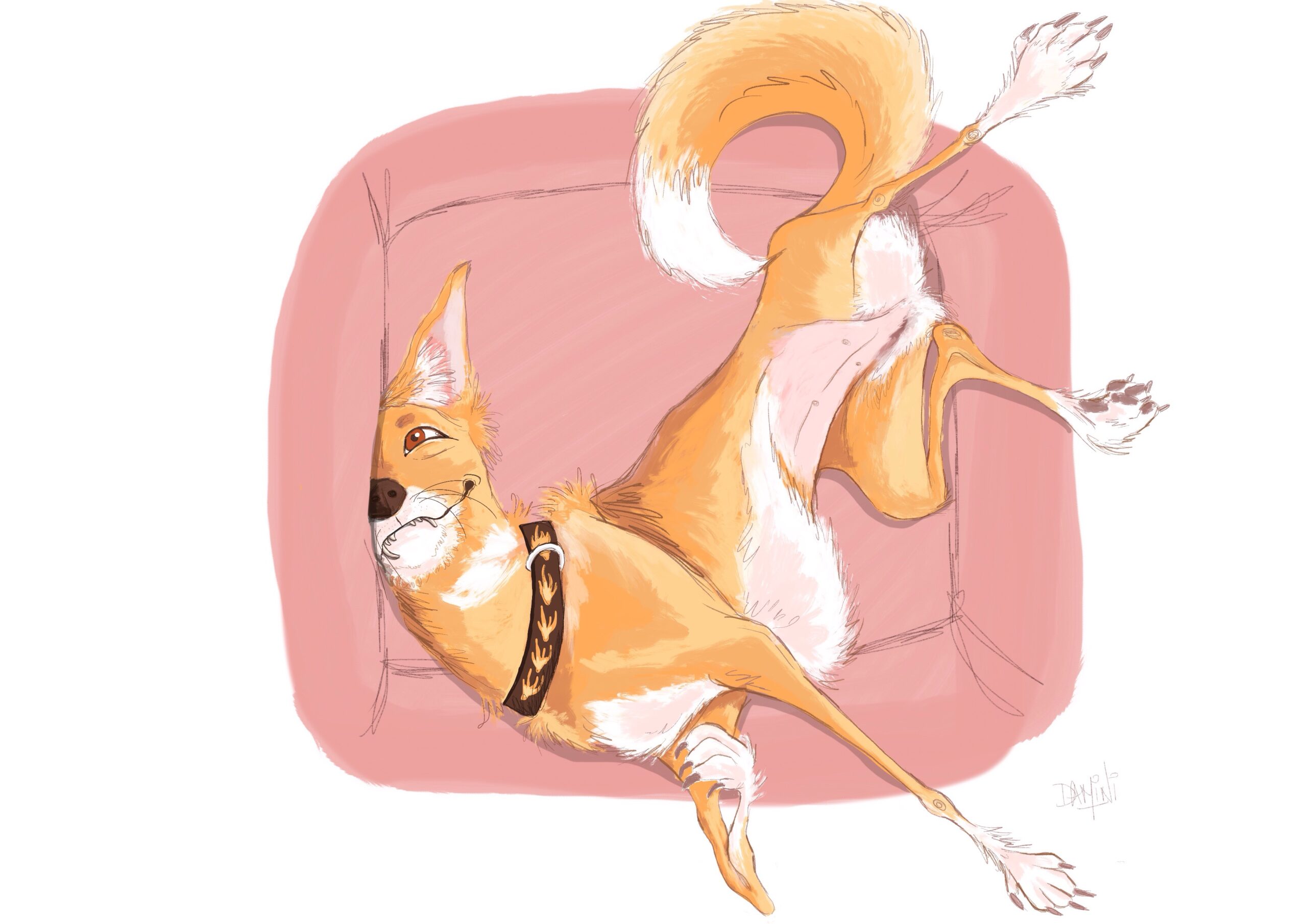 What are your interests besides designing and creating art?

When I’m not painting, I take all the time I can to travel, hike, read, listen to music, and write.
That’s a lie. I scroll through Instagram and listen to podcasts about the troubling origins of Sea Monkies.

What would you prefer if you were to pick one – exhibiting your work at an offline event or posting it online?

As much as I appreciate online portals for displaying art, nothing beats viewing it firsthand. We’re so used to scrolling through endless amounts of pointless information that it’s become difficult now to sit back and take it all in. In an offline event or exhibition, you actually have the opportunity to not only interact with the people looking at your work and have constructive conversations about it but also to get a closer look at techniques. Also, its easier to avoid the trolls.
Online portals like Instagram are also tricky. You have to use them just right so you can access and be inspired by the massive amount of awe-inspiring artwork from artists all around the world it contains, without feeling envious of some 12-year-old who can paint photo-realistic portraits with his left foot. It also becomes difficult sometimes to stop looking and actually sit down and create.
As vapid as Instagram can get, though, I wouldn’t have gotten the exposure I did or even known of this hugely talented, amazing network of Indian artists without it. Can’t live with it, can’t live without it.

Do you get a lot of requests from brands, agencies, or individuals to create designs for them in return for “exposure”? What do you think should change about the way “collaborations” unpaid partnerships work?

Unfortunately enough, like pretty much everyone in any creative field, I’ve dealt with too many people who just expect free work because they represent big, well-known companies and think I would give up a limb to have them put my name on their Instagram story. One time, someone even messaged me on Instagram, demanding free artwork because I ‘don’t look like I need money’. It’s frustrating, but it comes with working in a field which doesn’t have nearly the amount of recognition it deserves. A lot of people, especially in this country, still think artists and designers aren’t in ‘respectable’ enough professions for them to be making real money.
I completely get it if someone is just starting out and doesn’t have the resources to pay large sums of money to a designer, but they need to be upfront about it. If they can’t pay or have a tight budget, the dialogue should begin with that, instead of wasting the designers time with countless email exchanges before admitting they can only hire on a ‘voluntary basis’. If not that, at least offer a service in return, or give an invoice saying you’ll pay them in the next few months when you have the resources. It’s the designers choice after that whether they think it’s worth it or not. 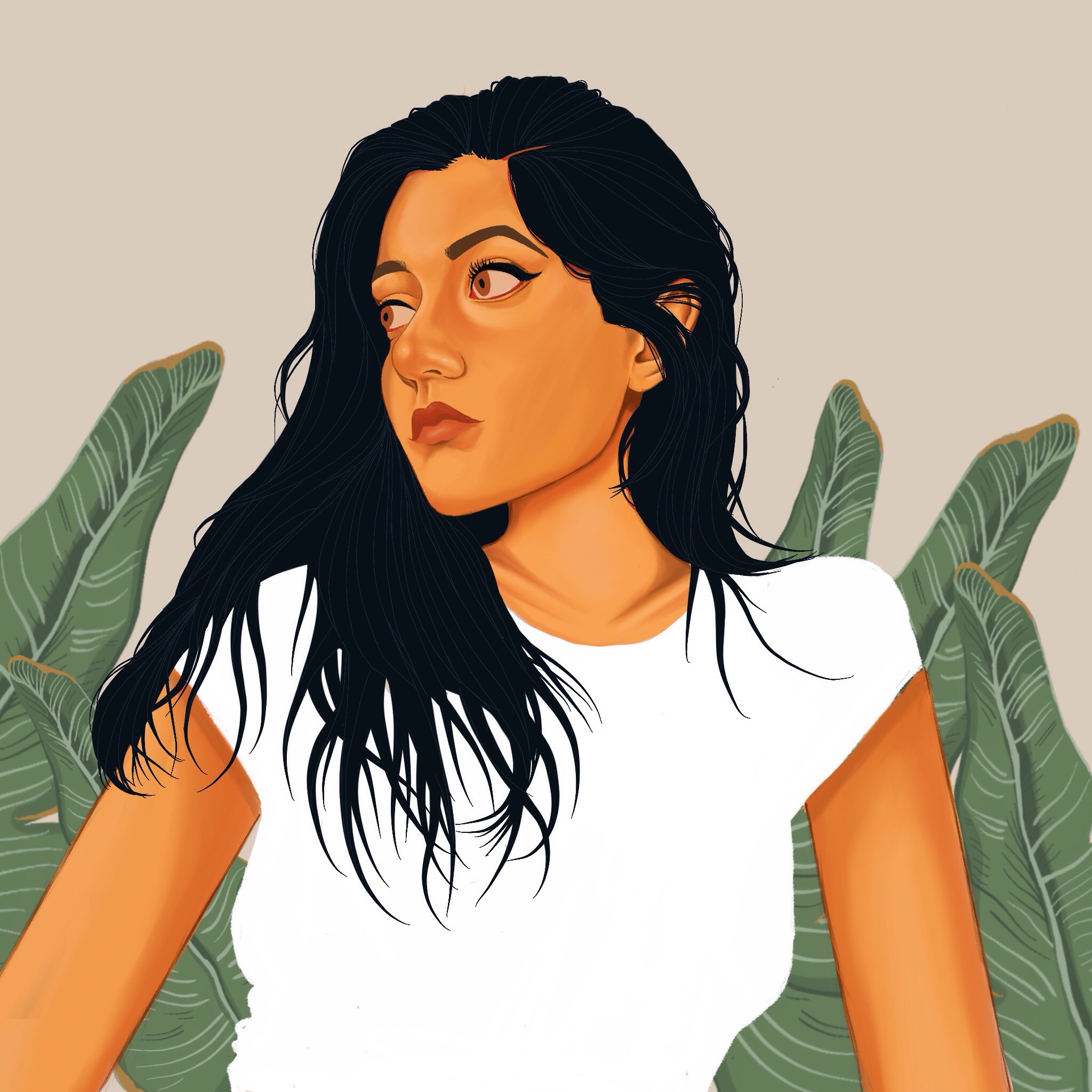 All images by Damini Gupta. 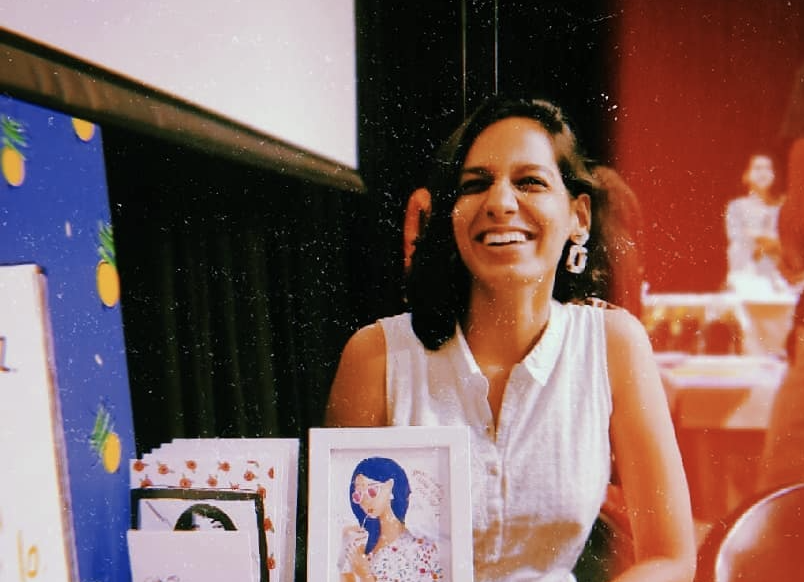 “I am more wolf than woman and I don’t see why I should apologise for my wild.” Sneha Dasgupta.

“My interest is in the evolution of art, design, and aesthetics – such as the mutation and fluctuation of art movements.” – Duyi Han

Duyi Han is a trained architect and practising creative director from China, but currently working out of New York and Los Angeles, at a design studio called ‘Doesn’t Come out’.…