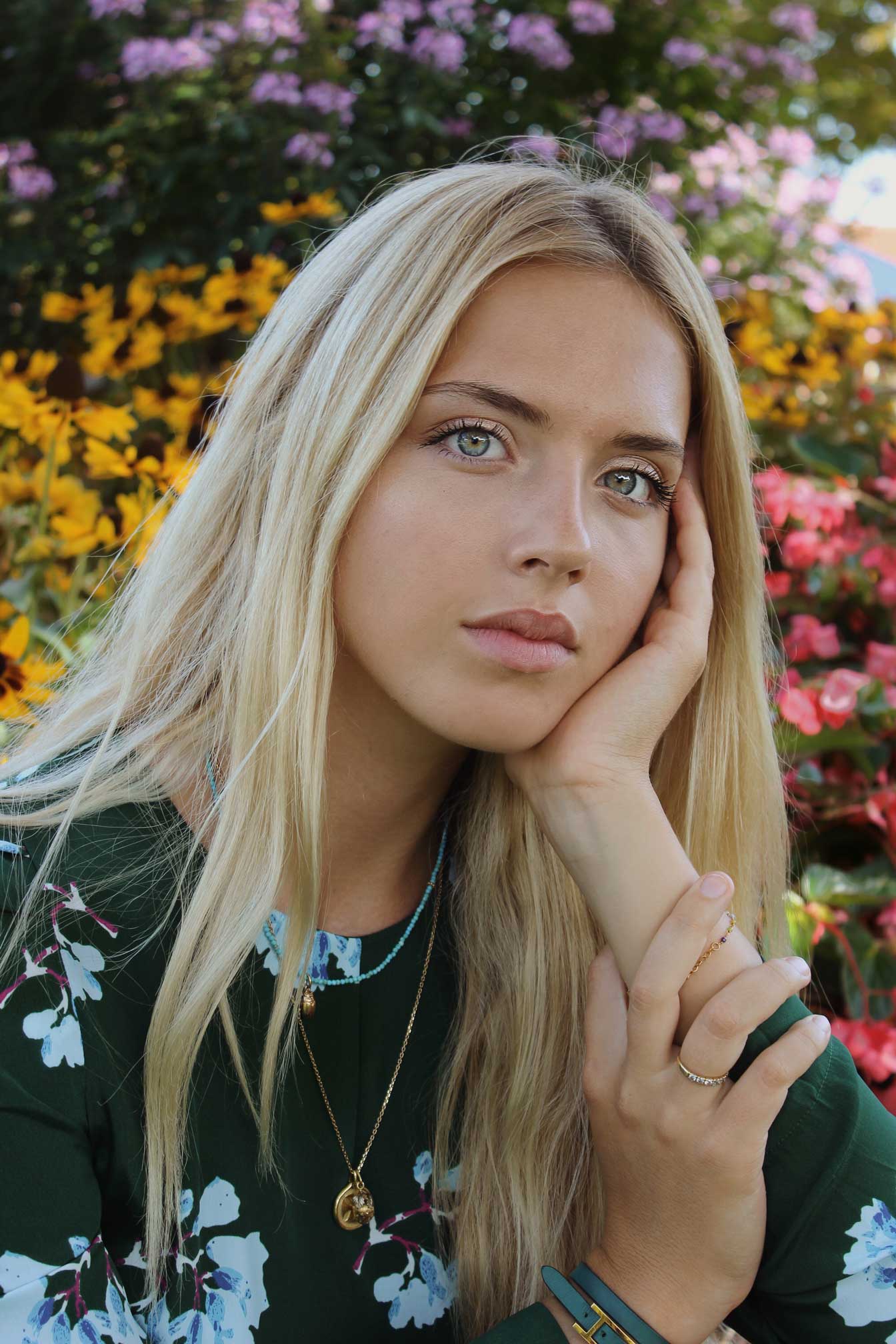 A while ago, The Curator Mag received a tremendous response from our readers for our display on the work of Angèle Basile, a photographer from La Rochelle, France. Angèle’s picture, of a man and woman in the same state of near-nudity, and the respective reaction of the people of the street.

We were quite fascinated by the social experiment and body performance art elements of Angèle’s pictures, and the post quickly earned significant attention from our viewers!

Here is a short conversation we had with Angèle a short while after the picture was put up. 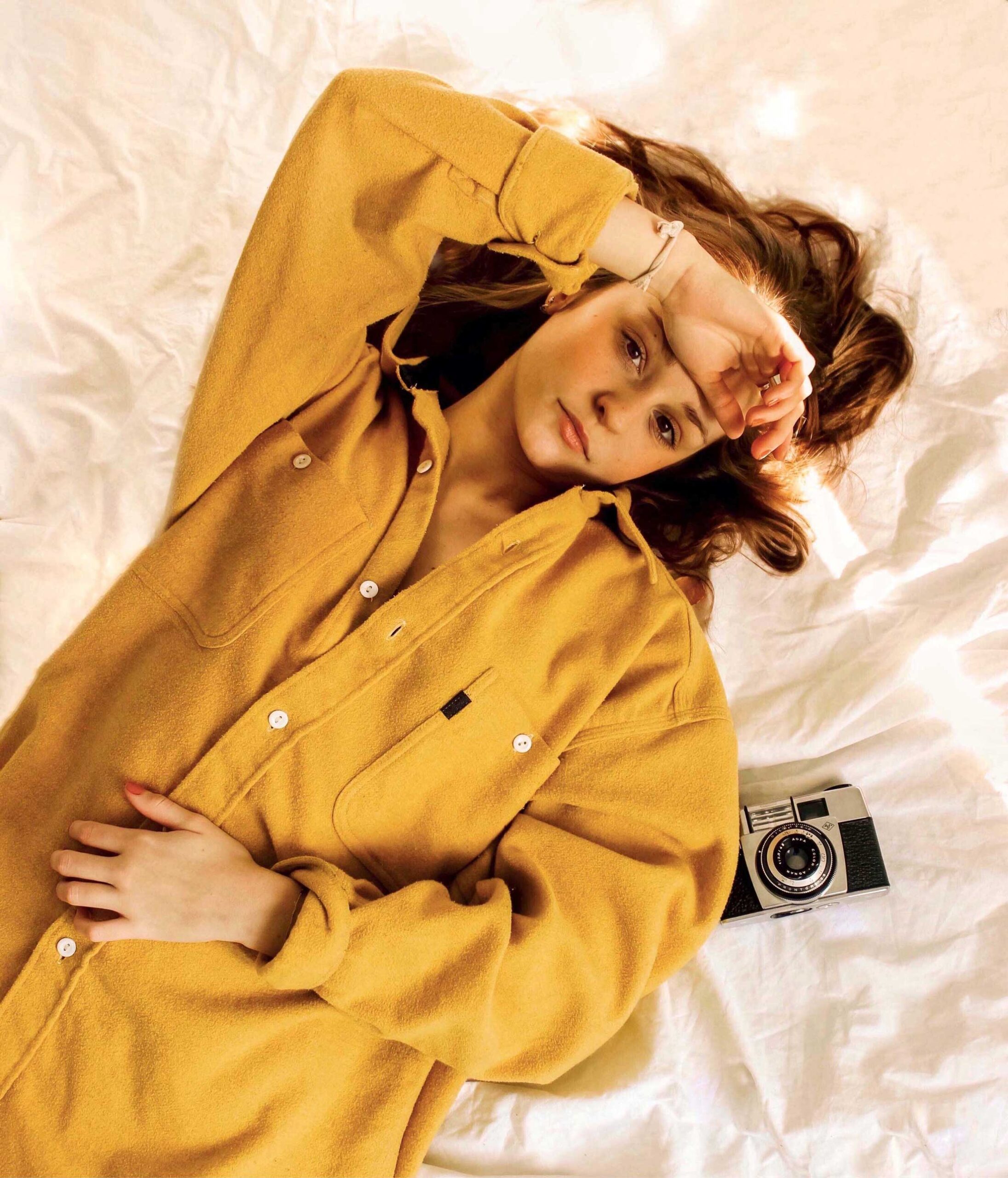 Anandita: Hi Angèle! Tell us about yourself.

Angèle: Hello, I’m sixteen years old, I live in La Rochelle, France. I started practicing photography three years ago.. At first I took pictures of landscapes, animals, nature, by and large, but over the past year, I am more focusing more on the portrait, I think that’s what I like most.

Anandita: Who are your favorite photographers (and artists) and why?

Angèle:  First, the medium of Instagram inspires me a lot, as a lot of the material I admire, I find over there. It really helps me learn more. I follow a lot of photographers and people who post artistic content. I especially like Alessio Albi, Emanuele D’Angelo, Maxim Gagarin, Eric Van Nynatten, Sasha Samsonova, Emir Shiro, I think they do an amazing job, their skills are fascinating! I also love the photos of Jack Garofalo, Charles Clyde Ebbets, and Meyerowitz. These three men are so talented, their photos bring out a vintage touch that I love so much! I also like the work of Andy Warhol. But there are so many artists and even singers who can inspire me on a daily basis, I simply cannot finish talking about them. 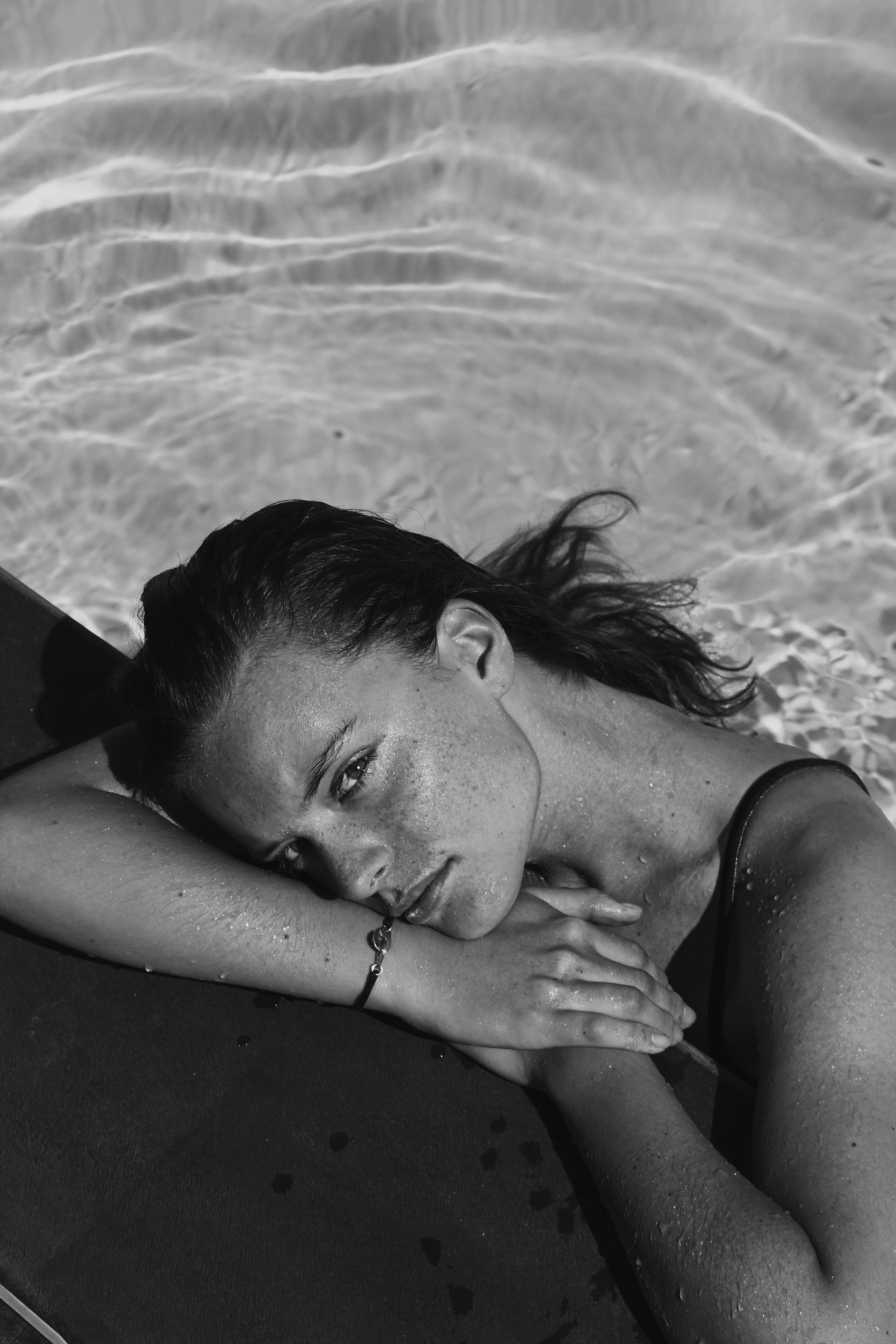 Anandita: A lot of your other work focuses on gendered differences and the portraiture of women. We see this in a number of female artists including very famously by Annie Leibovitz. What makes you move toward this artistic choice?

Angèle: I did not do a lot of photography on the subject of gender. I did some, but I would like to continue investigating it. Photography is an incredible way to get a message across, and art, in general, it is an incredible way! My work is not especially focused on women, I really like to take pictures of women and men.

It’s funny, women dare to ask me more to take pictures than men. But I really like both! With reference to my photo with the man and the woman in the street, my idea is to put everyone equal, and as free as each other.

I think it in order to take pictures in a truly incisive way, I need time to step back, and make good photos on concrete topics like the one I made.

I have plans to do a lot of pictures that talk about things, that sometimes we don’t realize. That’s why I prefer to take my time, to think carefully about what I want to talk about

Anandita: A recent picture of yours, portraying a man and a woman in states of semi-nudity, on the same street, went viral. Could you tell more about this shoot? What ethical and political motivations does it invest in, what inspired you?

Angèle: The idea came to me at the beginning with a friend, we were on a coffee terrace, and we saw a man walking on the street without a shirt and she told me “if it was a woman it would not be not the same “. And it’s obvious that it will not be the same! Women are hypersexualized I think now.

In this photo, I put forward two different subjects: the censorship of the nipples, and the look of the society on the fact that a girl is without a t-shirt or a man. For a long time, I saw that when a photo contained nipples of women it was deleted, but those of a man were not deleted or censored. And I find it a pity for art because a censorship on a pic is not pretty, If a picture was made with the a woman body and the nipples of a man, it wasn’t deleted, it’s incredible!

The second subject is about the vision of society, as I said in the answer before, I don’t want a man to be favored or a woman. But I want equality, because walking naked is forbidden, but it shocks us less when it is a man (I am the first to be less shocked, it is also a self-criticism) but it’s mostly a photo to make us think. I made this picture first to have different opinions and I think I had what I wanted but in 2018, too many people still have closed minds. 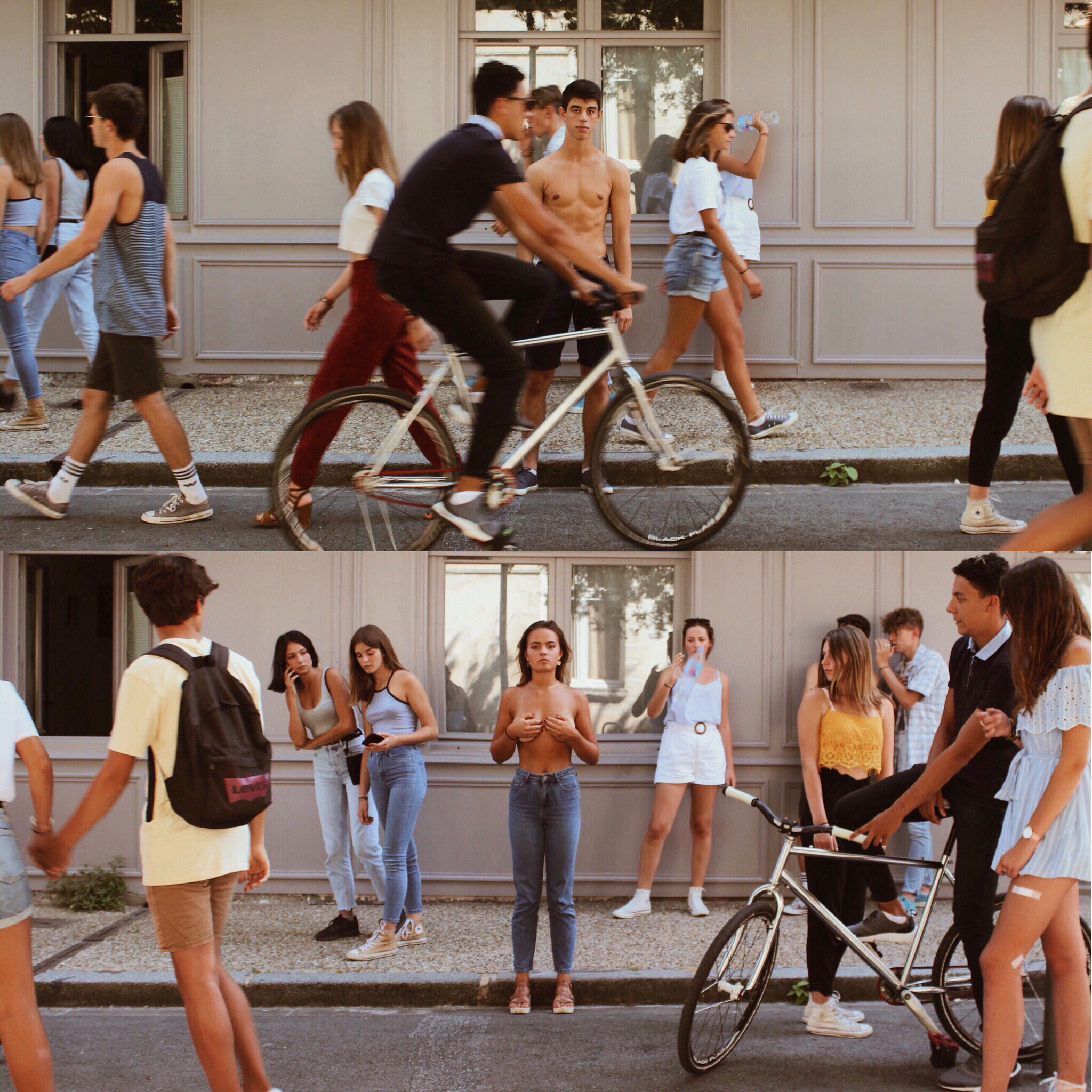 Anandita: Who are your subjects? Are they individuals you know, or professional models?

Angèle:  Most of my subjects are my friends, or friends of my friends, except some that I meet for the first time to take photos. As I said before, I’m 16, I did not have much opportunity to work with professional models. I don’t live in Paris, and it’s difficult to find professional models, especially at my age and where I live. That’s why I would like to work in Paris, if I’m able to. People for whom I take pictures, I became very friendly with some subjects that I didn’t know before, and we see each other after. The atmosphere is always good!

Anandita: How have you seen your artistic practice transition over the years, and where do you see it going next? Are there any upcoming projects we may look forward to?

There are so many photographers and I don’t know if I really bring something more than others…of course, projects will happen, but I do not want to rush things I prefer that the ideas come naturally or in discussions as with my friend. But I do not want to make a lot of images. I prefer to do fewer projects, but be carefully thought. 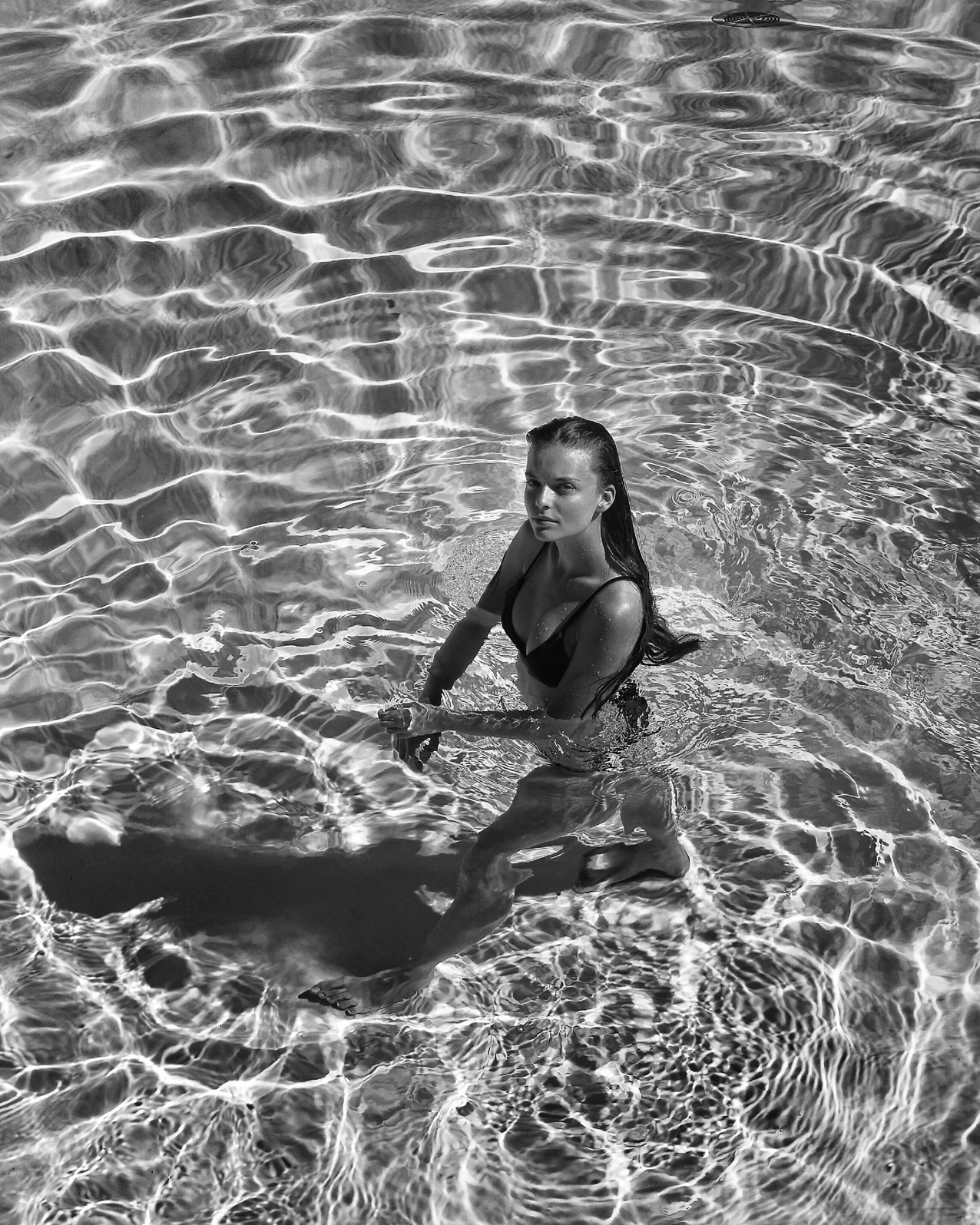 All photos by Angele Basile.

Neeti Modgil’s The Car Wallahs explores some contentious territory with regard to its subject. Living in Princess Park, New Delhi, Modgil awoke one evening to the heaving sound of objects…