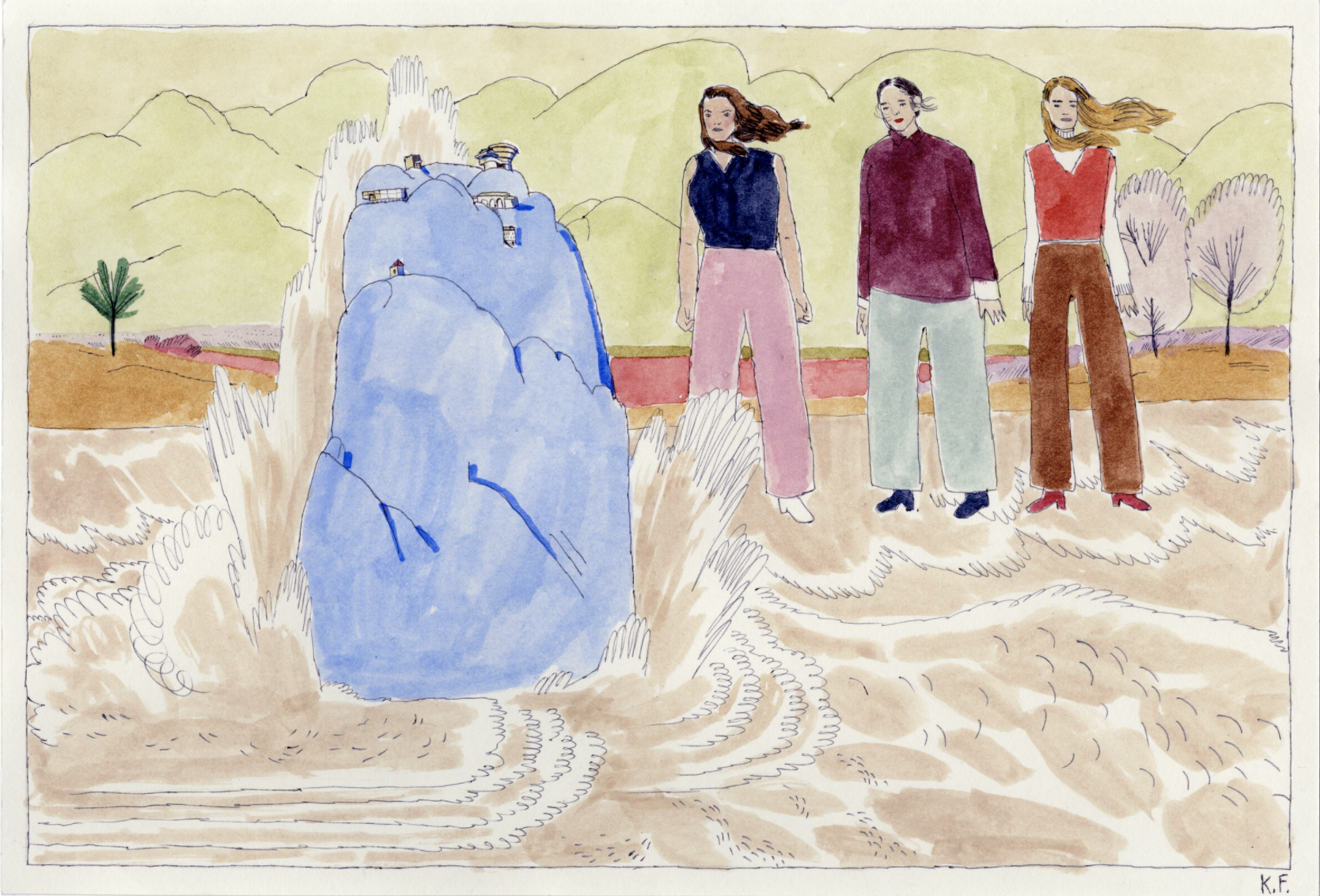 Comic art originated in the eighteenth century and was greatly popularized all over the world in times to come. This medium is picture-based storytelling or a combination of text that served as a mode of narrative and pictures or drawings that gave visual attraction to the story. In the modern world, comic storytelling is one of the most loved medium of storytelling. Comics have proven to be versatile for all age groups and range over various topics from stories for children to subject matters that would interest adult readers. In recent times, comic art has taken a turn from just entertaining readers to also highlighting humanitarian issues and giving a political voice to the oppressed groups. Moreover, comics have also metamorphosed into a novel form of visual storytelling called the graphic novel.

Karlotta Freier is a German illustrator and cartoonist currently based in New York. She found illustration to be her voice after diving into other artistic fields like tattooing, costume design, and tailoring. Her love for storytelling drives her to create the most natural and instinctive artworks that depict her taste through comic art. She says, “I love storytelling in all forms and I think comics are just the most wonderful medium to convey a story. They have similar tools to movies, with the big advantage that you can do them all by yourself. It’s very accessible and so personal.” Freier finds drawing to be a medium to relate to any moment or situation and to find her part in it. As a part of a grand family, Freier always found herself immersed in drawing at family gatherings. She says, “I used to love sitting at family gatherings, drawing, while listening to the voices of my family.” Art has a special tendency of creating illuminated safe spaces for most people, be it the artist or the viewer. Freier also took refuge in art in difficult times, she says, “Drawing was something that I could rely on. It was a safe space that I had to myself, something I could always fall back on and that was always attainable. To that day, being able to take my sketchbook with me wherever I go makes me feel safe.” 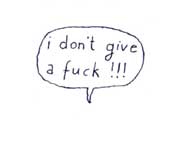 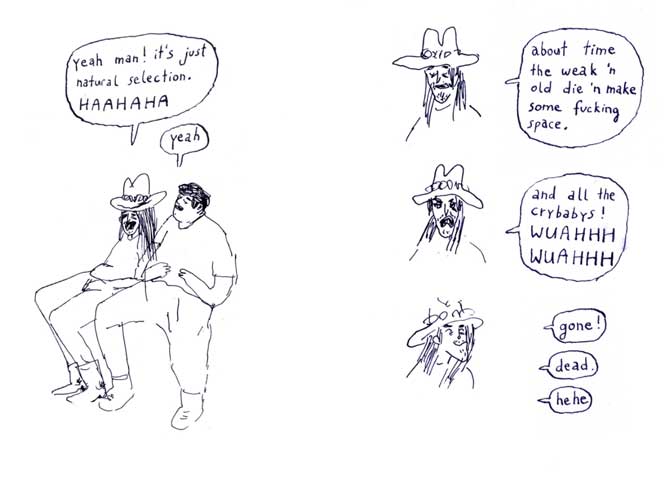 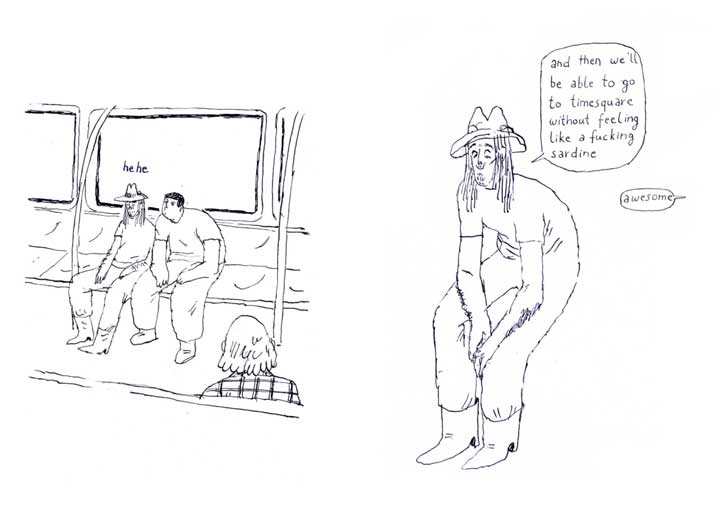 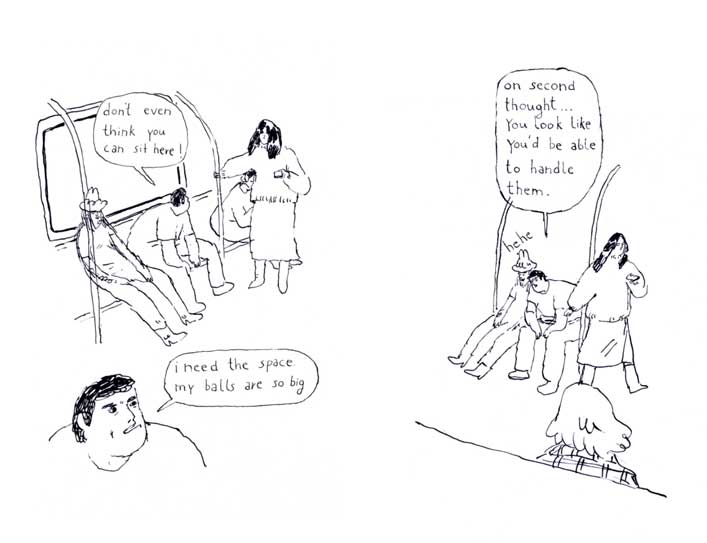 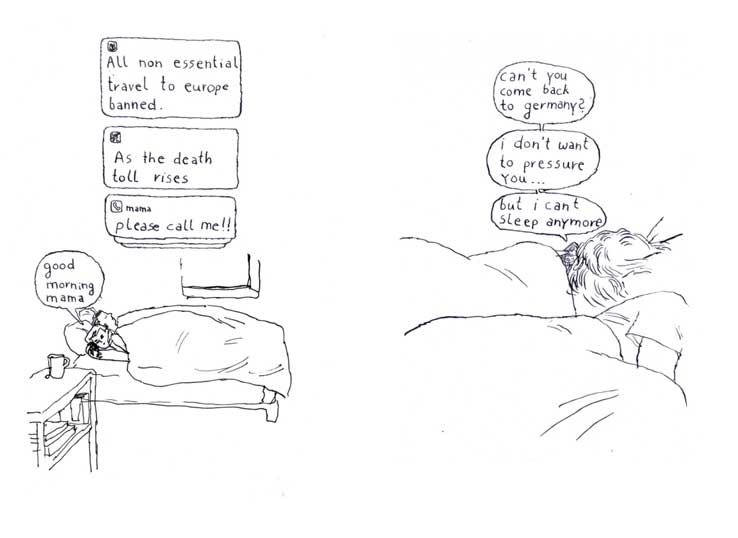 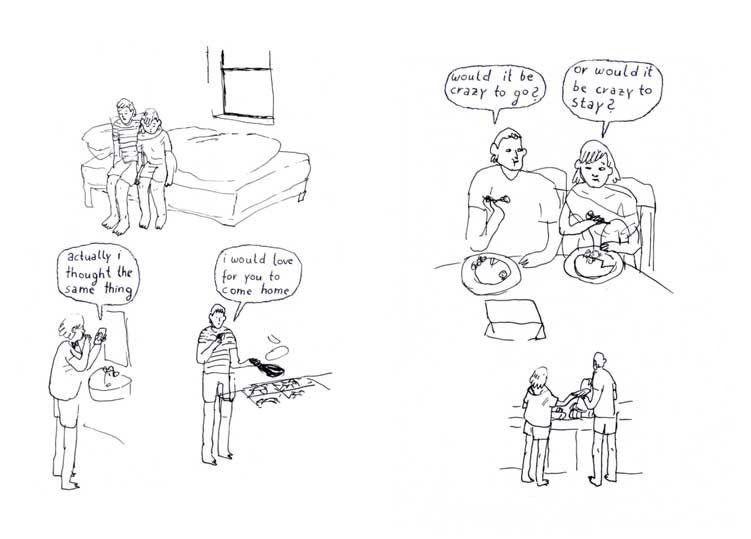 Comics have been popular as a fictional genre where characters are supernatural, larger than life, or humorous. Comics were seen as a genre for escape and amusement whereas more and more artists are using comics as a medium to negotiate the day-to-day life experiences of people. Over time, comic storytelling has grown inclusive of realism through which mundane life also became a subject of reflection. Freier, in her comics, shows snippets from everyday life with little elements of surprise. She says, “I still use my day-to-day life as inspiration. I put people I see on the street in my comics and I use my experiences and feelings to understand my characters and their longings.”

In her comic called The World of Forms, she deals with everyday life during the spread of COVID-19. Freier uses visible yet subtle motifs in her artworks to bring the voice of quiet imagery. The lurking presence of a ghost throughout the comic, which anthropomorphizes the feelings and anxieties people faced during the pandemic, adds an imaginative touch to the visual narrative structure of the story. She explains, “I use imaginative elements only when they are the better tool to describe something true. A feeling or a mood that can otherwise be hard to convey. That is why I introduced the figure of the ghost as the third figure in our relationship. He first appears to acknowledge the omnipresence of death and keeps reintroducing itself throughout the unfolding of the days. He comes to represent fear and depression in a way that I couldn’t have managed so easily without him.” Freier has used comic art as an autobiographical narrative that overlaps with the general feeling of fear and human negotiations in a world pandemic. She beautifully captures real-time moments shared with loved ones and manages to pour a feeling of displacement and despair at the same time. The use of repeated lines and strokes in the visuals add to the anxiousness one feels in such distraught times and can signify the repetition of days, routines, and patterns. Visual elements like flowers, trees, birds, and greenery are judiciously used which add a unique liveliness the reader can take refuge in. The trees seem to dance, the grass moves surreally and the reader can only be captivated with the picturesque land the artist creates.

Freier’s comics are doorways for readers to engage with her little world with minute details and mundane events like spilling coffee or finding a quiet café in New York. She creates a longing in the reader to be more appreciative of the ordered reality that one lives and form meaningful connections with the landscapes and people around us. Freier’s current project is a graphic novel that also deals with the reality of human existence as she explores a larger environmental question about climate change. She says, “It will explore the feelings of impuissance and depression in the face of climate change. But mainly it is about human connection; about longing- for love, but also for oneself; about family and loss.” It is promised that Freier will take you on a journey invoking empathy at the edge of her monochromatic world so full of life.

In Collaboration with The Honey Pump. 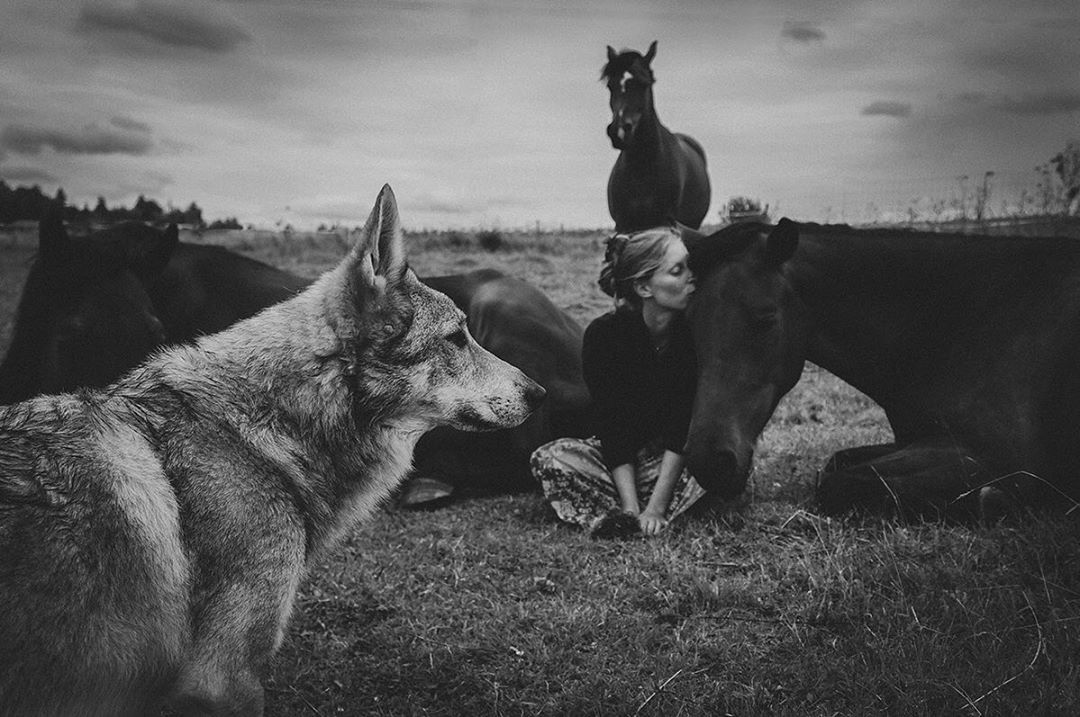 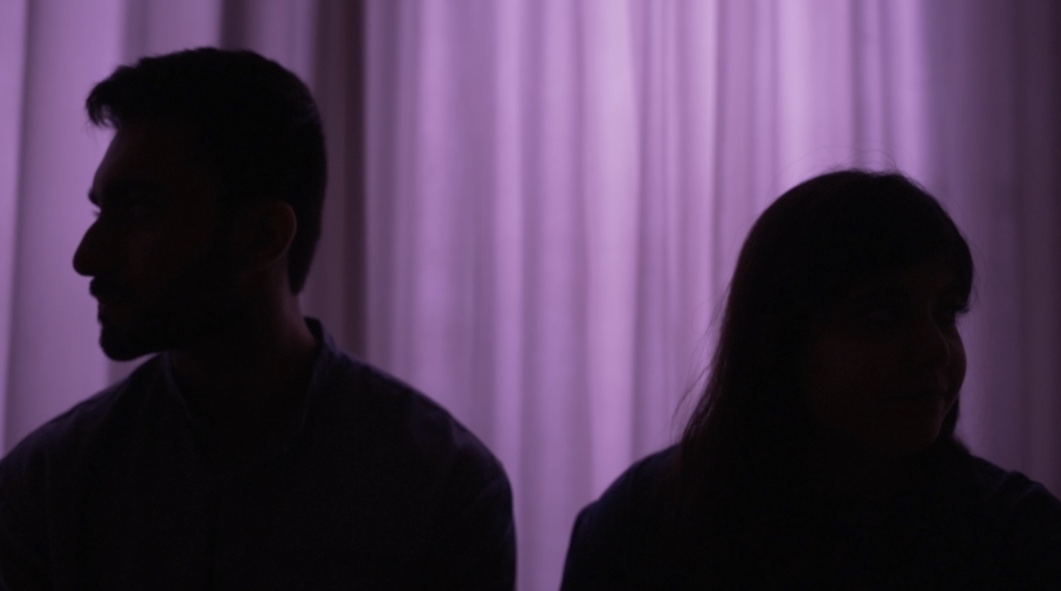 Hanita Bhambri’s newest single, I Tried echoes powerfully, of resolution and resignation. What appears to be, at first hearing, a song very much like the repetitive, solipsistic somnolence of a… 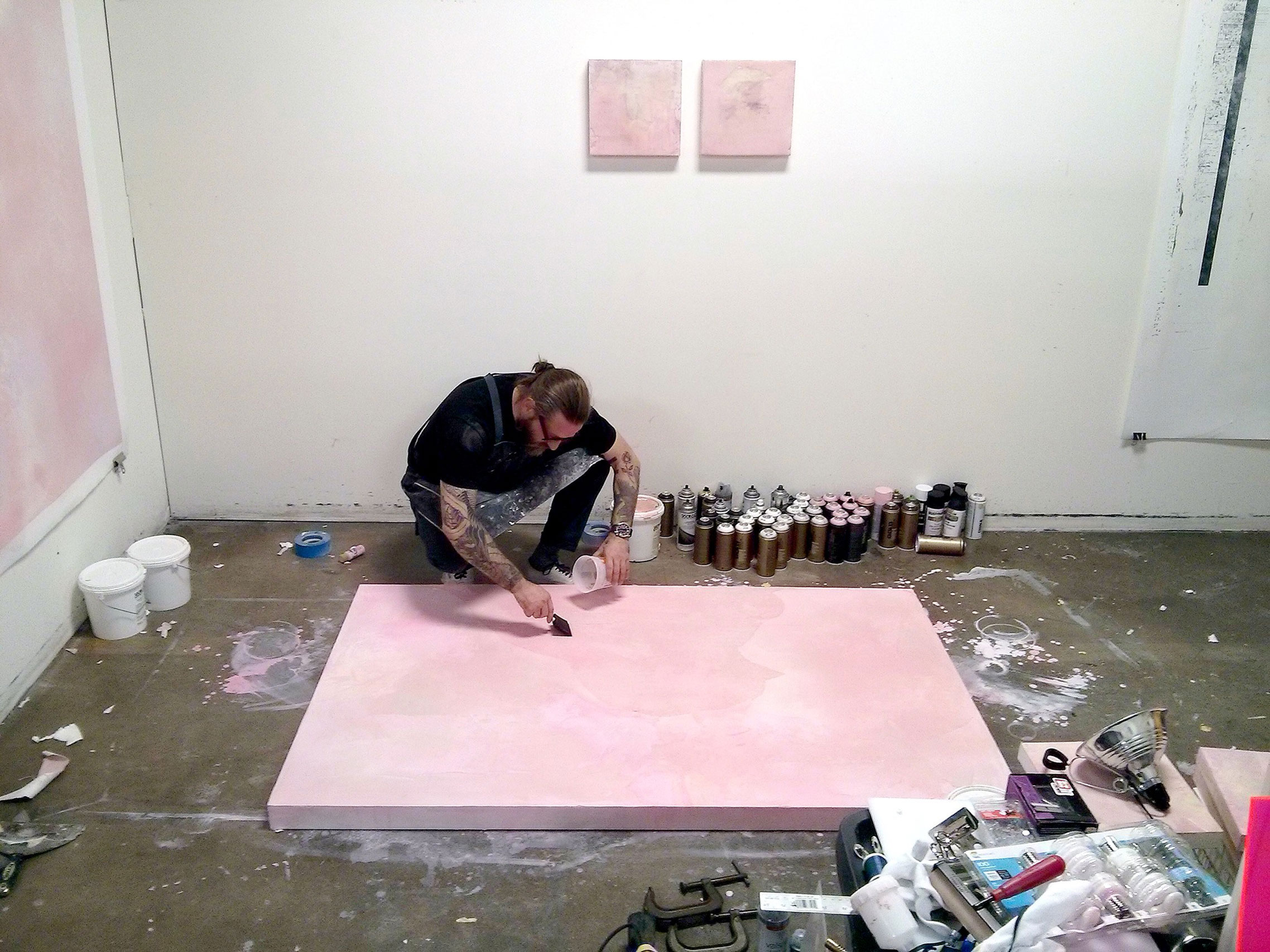