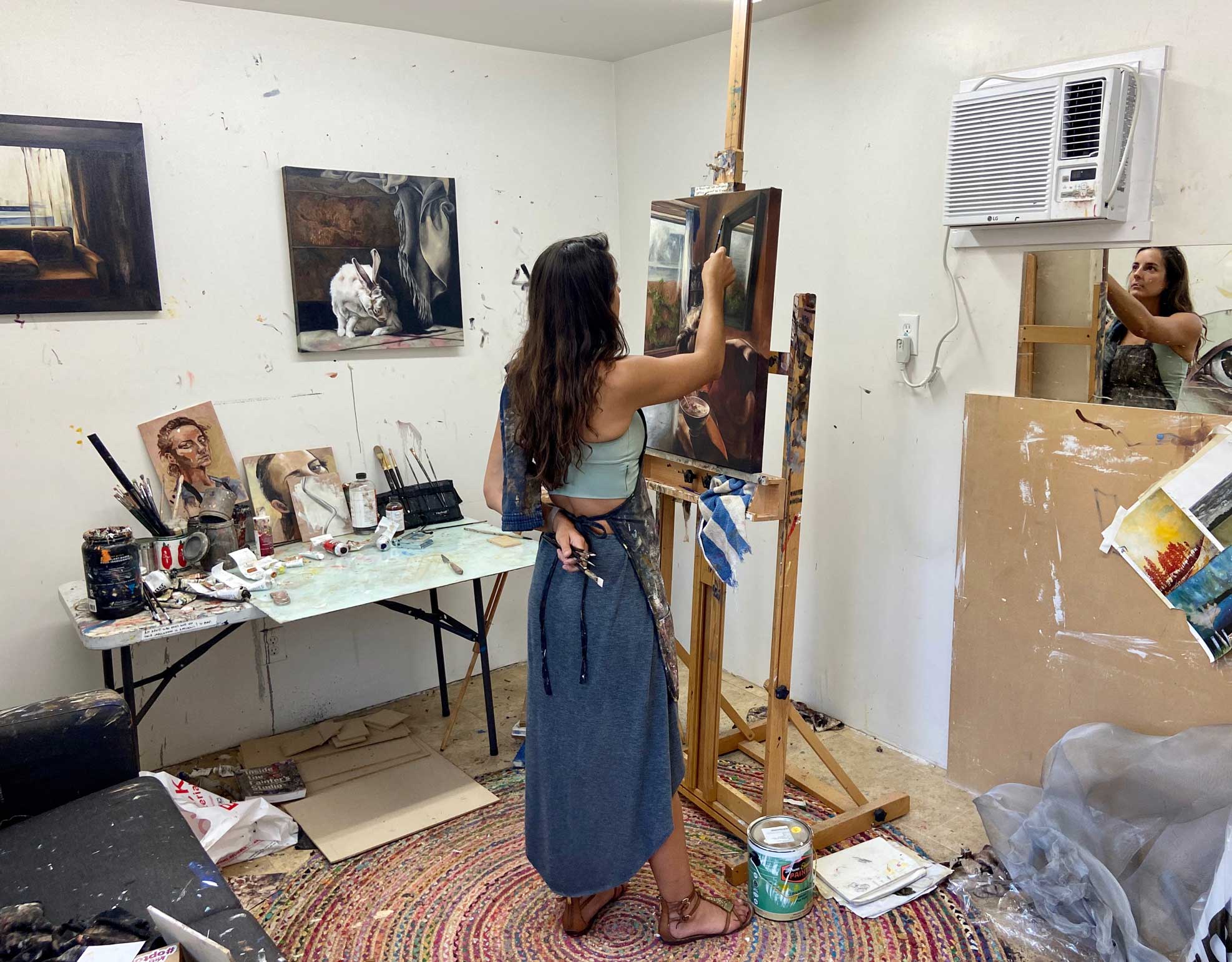 Caroline Heer is a Los Angeles based artist. She works primarily in oil paint, but doesn’t limit her surfaces to traditional stretched canvas; glass and mirror have been her canvas as well.

Caroline’s work has evolved to celebrate the in-between moments of life. In her latest series, “Make a Painting, It’ll Last Longer,” she provides her viewer with an opportunity to see everyday occurrences in a new light, leaving with a deeper appreciation for what we might initially categorize as mundane.

She chooses her subjects intuitively, by snapping a photo when she feels moved by a moment or a scene in her life. Her compositions are chosen not by arranging the content of the image to suit her vision, but by framing the painting to highlight what she wants her audience to appreciate. Her work is representative, but not photorealistic; there are moments where the paint is allowed to play, fully aware that the painting is in fact a painting. It’s not out to fool anyone into thinking it’s a photograph.

She is also drawn to portraiture and considers all of her works to be portraiture in a sense. 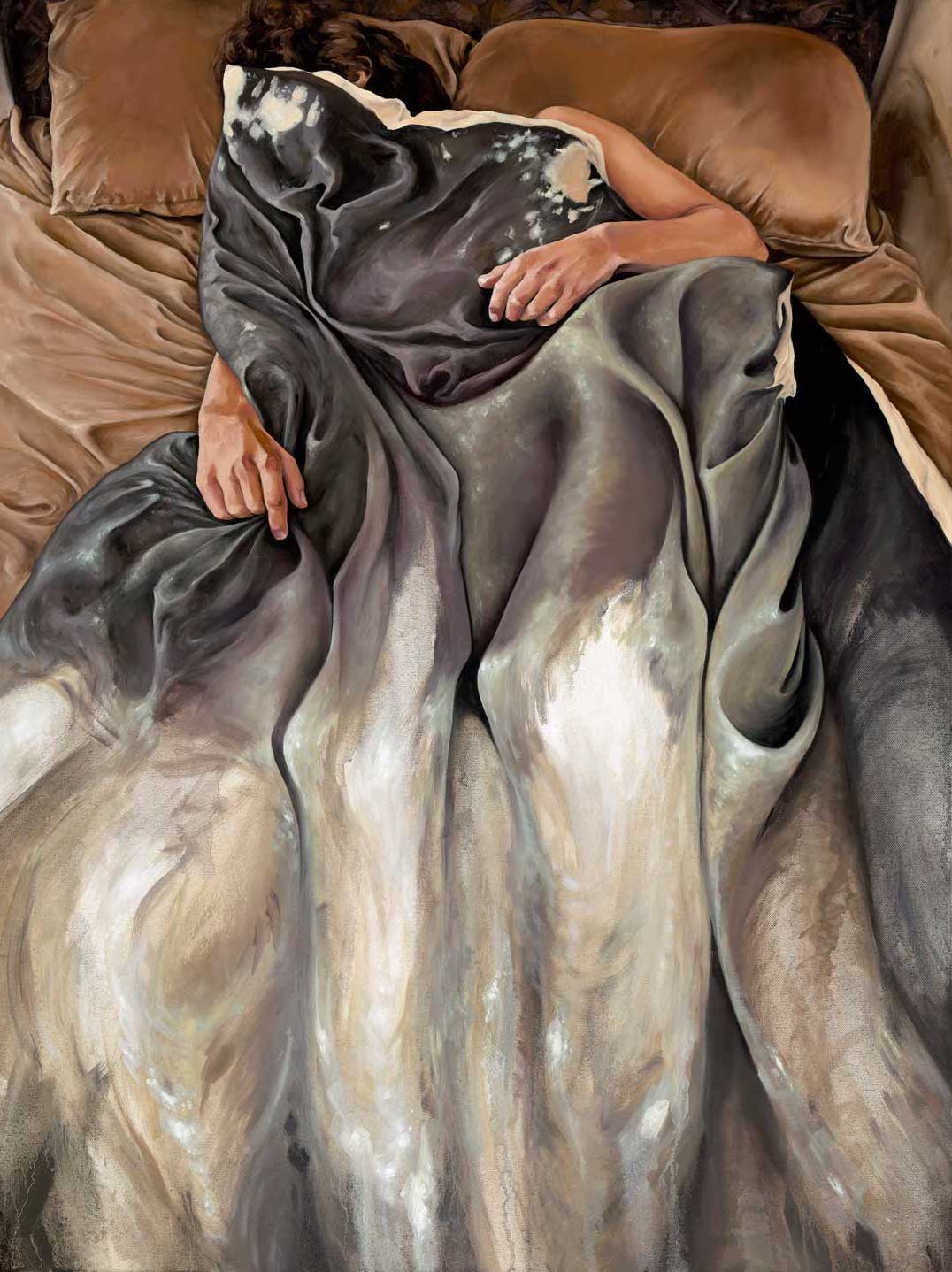 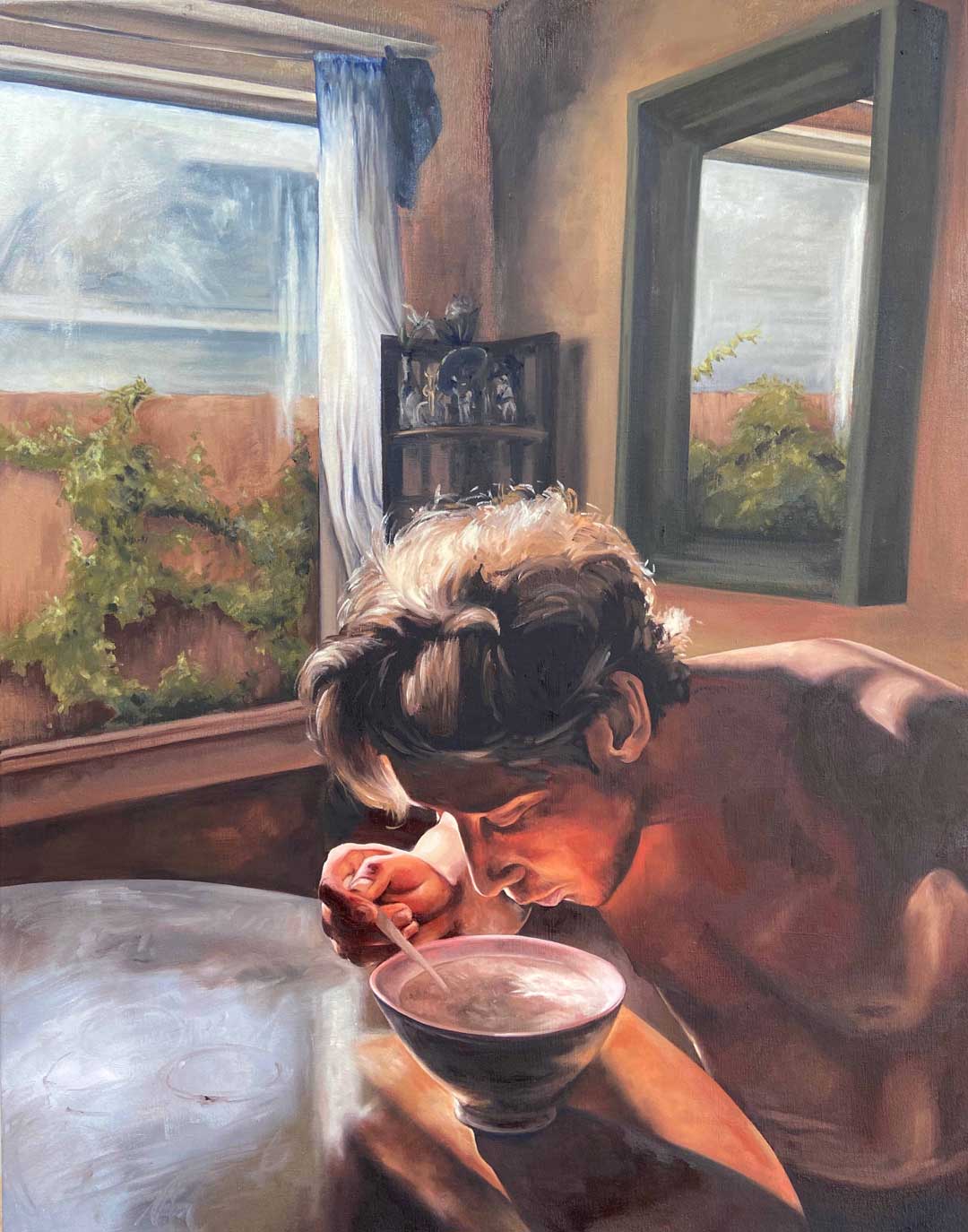 Here series “Make a Painting, It’ll Last Longer,”  was born out of a desire to remind herself to slow down, and not take life so seriously. “I began to take note of what caught my eye, pausing to fully take in. By allowing for pockets of quiet, deep observation in my daily life, I was able to let these small moments enchant me.”

Caroline began to capture these ephemeral moments of reflection with a quick photo but knew they needed the richness of paint to bring them alive. Her intention was to capture the same magical feeling that had moved her, so she could inspire that same emotion in her viewer.

“In the past, I had been paralyzed by the thought that all “Important Paintings” must contain some sort of cryptic message or obscure references, but as I began to assemble these seemingly ordinary scenes, I realized that the magic was not in the seriousness of the subject, but in the emotion it evoked.

The paintings in this series portray the in-between moments of life familiar to us all: your lover nestled in the sheets, a disheveled couch in a hotel room, a steaming bowl of oatmeal. Nothing about these scenarios sounds extraordinary, but in forcing myself, and my viewer, to contemplate them more deeply, they begin to reveal their power. Even though these are intimate moments plucked from my life, my hope is that my audience feels as though they could be some distant memory of their own, or feel some familiarity in the subjects.” 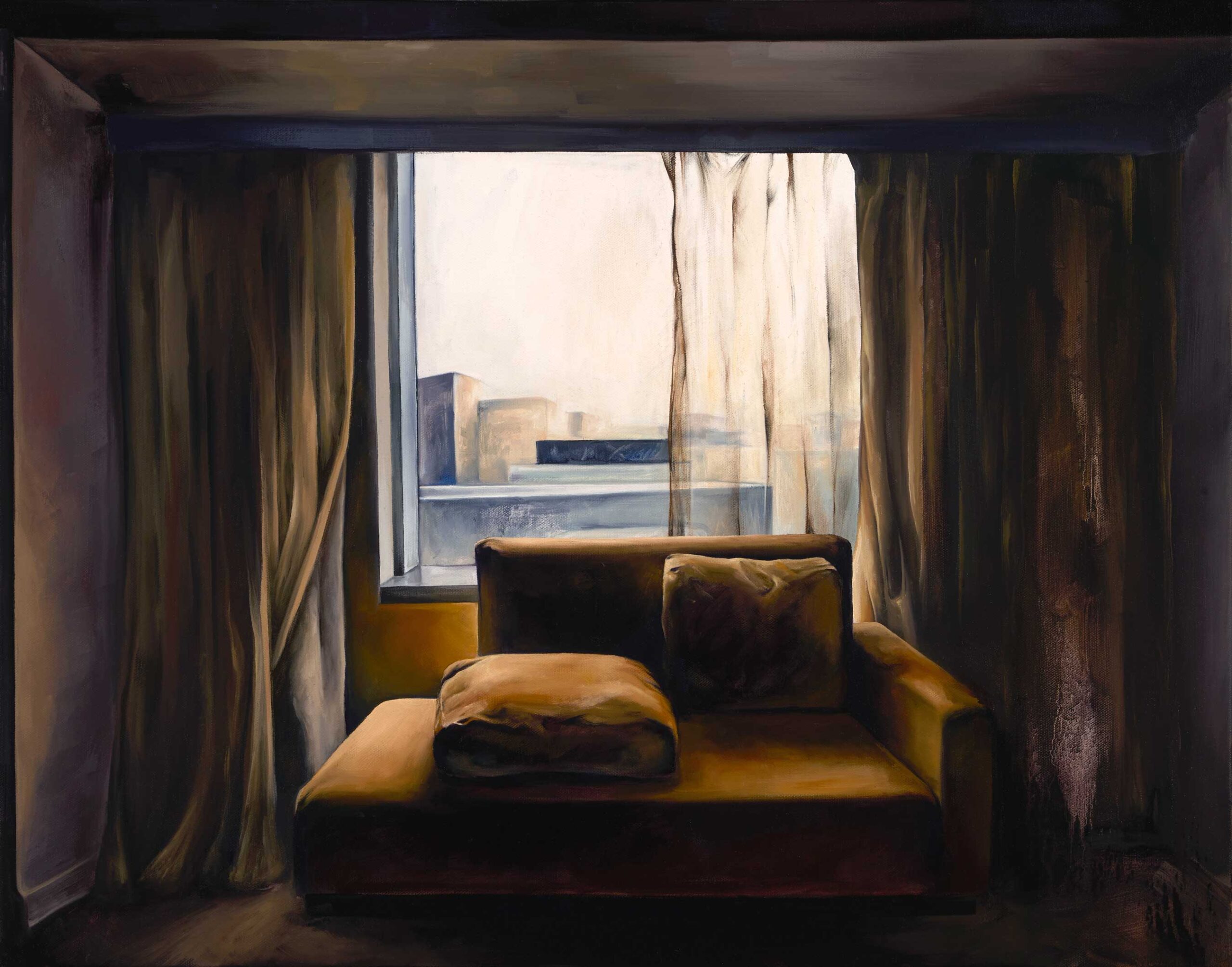 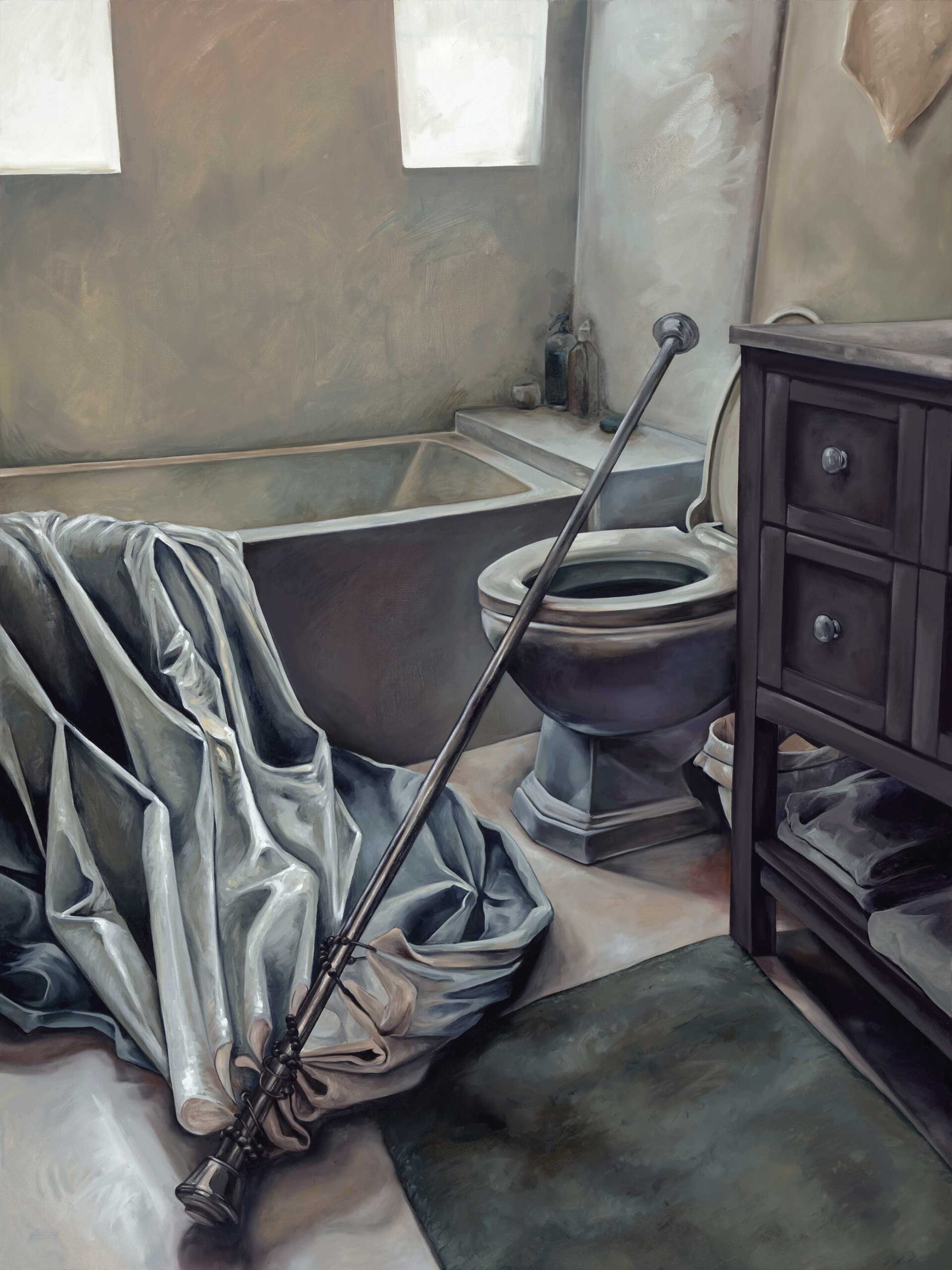 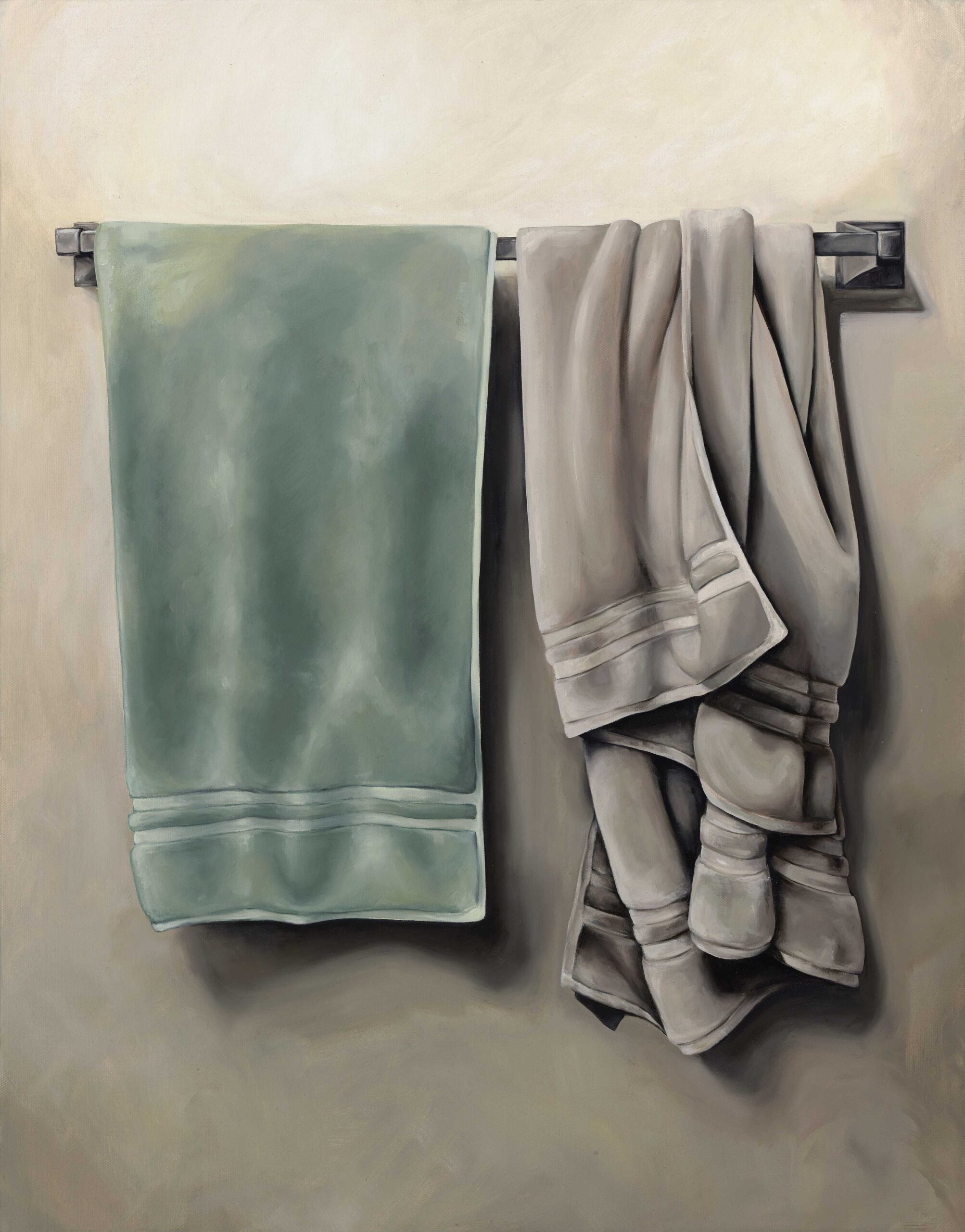 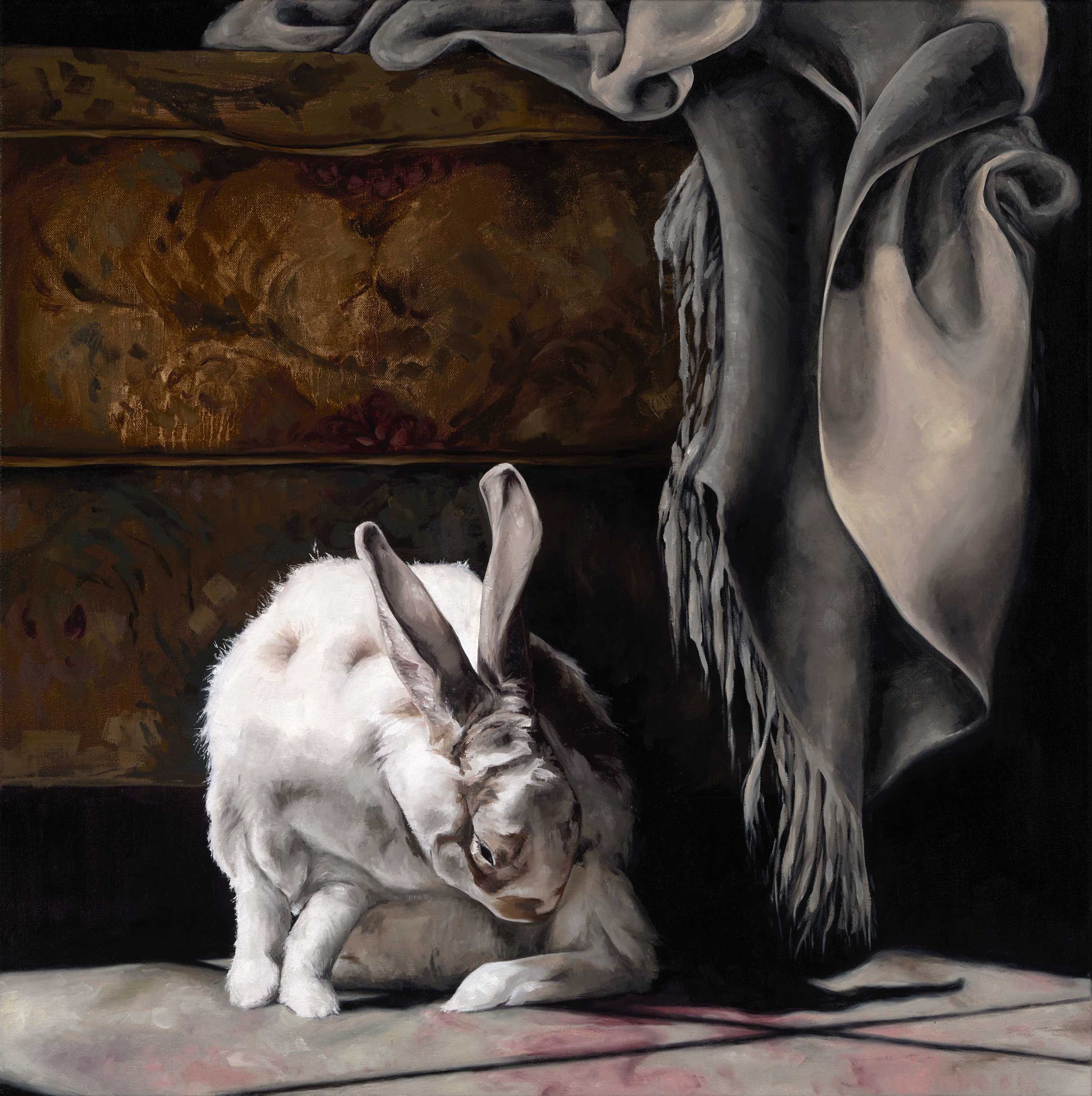 All artworks by Caroline Heer. 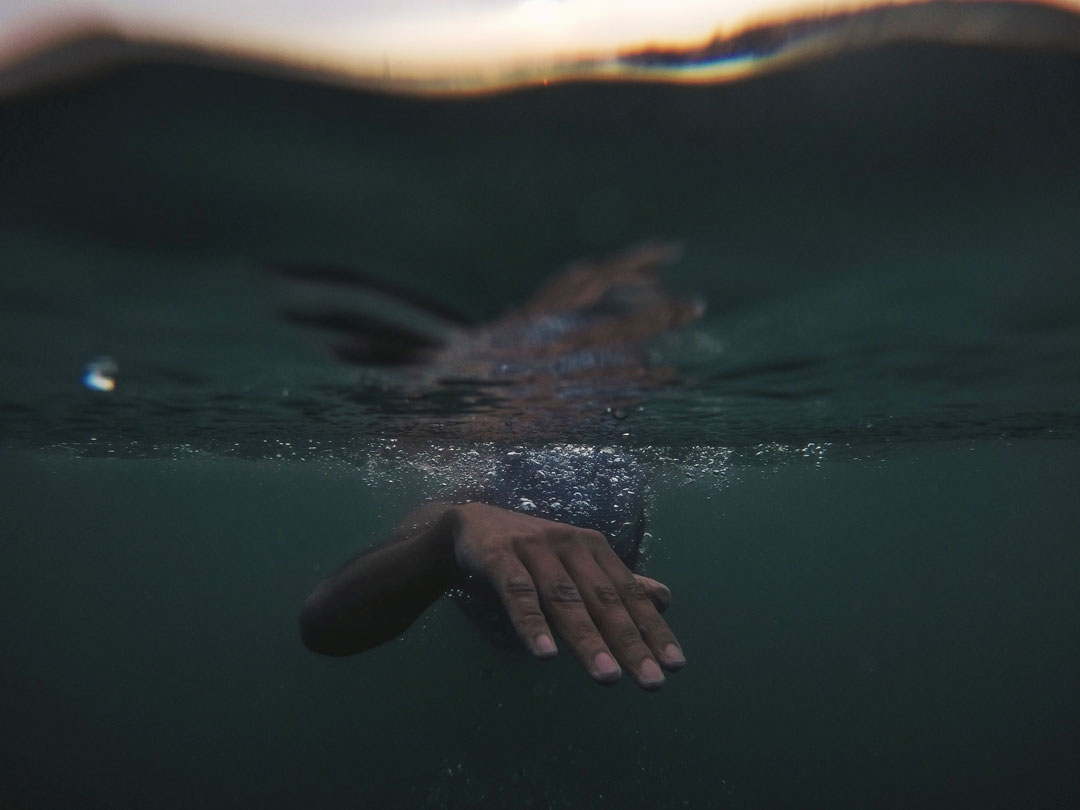 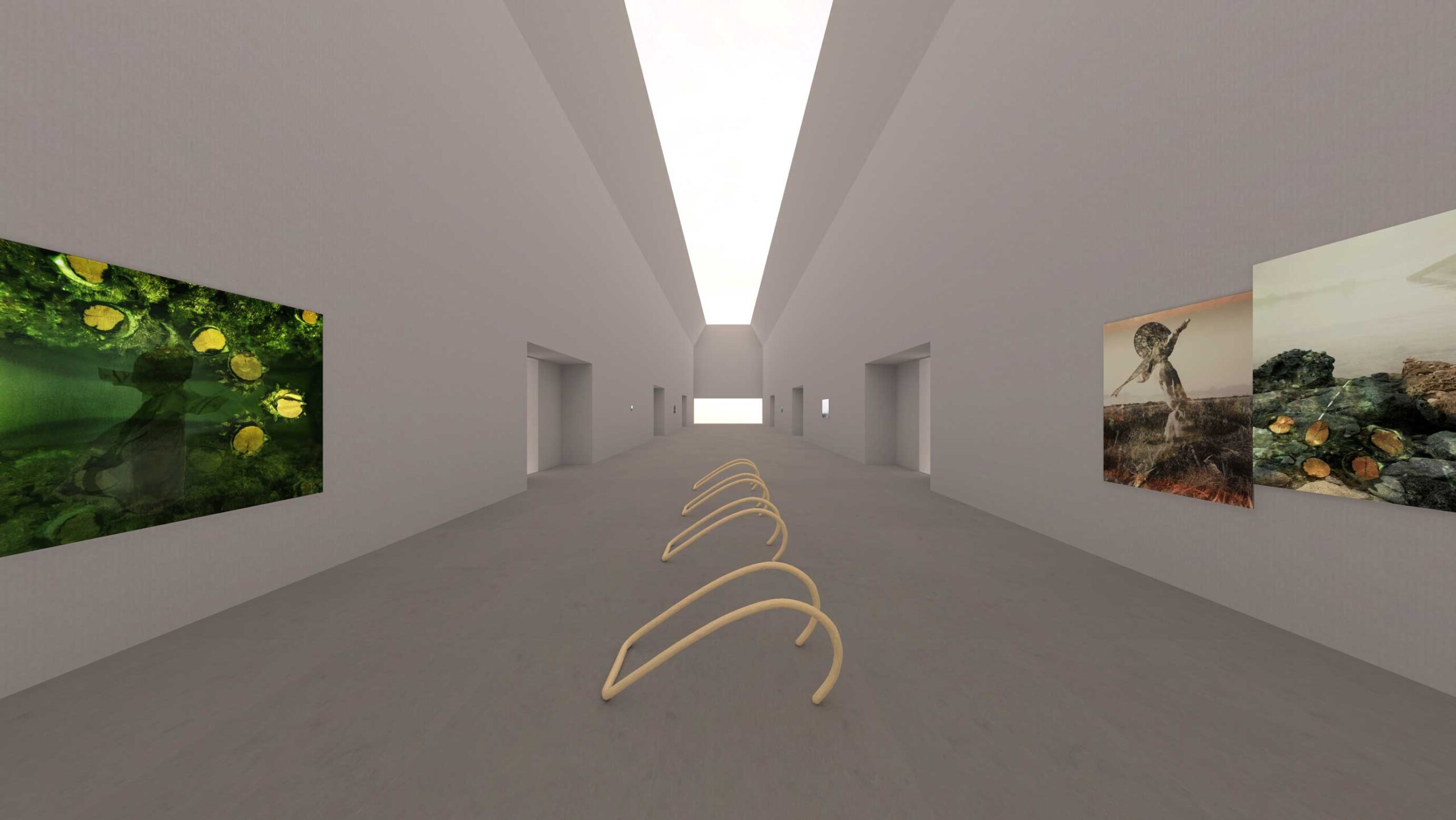